An Update From Rachel Grubb!

I just checked my mailbox and found an exciting update to share with everyone. The lovely polymath Rachel Grubb dropped me a line concerning a very cool project she’s involved in.

The film is Haunting Kira, which features Kathleen Kinmont (Bride of Re-Animator), Monique Dupree (Skeleton Key 2) and Donna Hamblin (Killer Biker Chicks) and was written and will be directed by special effects artist Teresa Fahs of Gorify.com fame. Also on board is Ari Lehman, who is best known as the first actor to play Jason Voorhees in the Friday the 13th franchise, and of course Rachel Grubb (Strip Club Slasher).

Haunting Kira, which prides itself as a “Women in Horror” production, tells the story of a ghost that has reanimated a rotting corpse and roams the streets of Las Vegas. 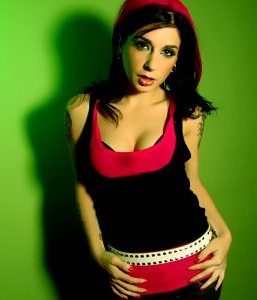 “As those who know my art work can attest, I’m committed to realism,” Fahs said. “So when it came to casting the right actress for our hot girl-on-girl sex scene, Joanna was the natural choice. I’m delighted to be working on this project with yet another free-thinking, gutsy woman that I genuinely respect.”