Kevin S. Tenney—Still creative after all these years 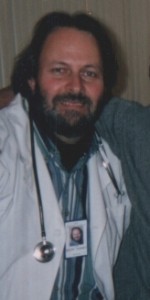 As the director of 1980s classics Witchboard and Night of the Demons, Kevin S. Tenney cemented his place in the world of horror filmmaking. Over the years, Tenney has made films in several genres, but he’s recently returned to his roots with his wonderful new flick, Brain Dead. I caught up with Kevin Tenney for a chat about his past, his present and his future.

Thanks so much for talking with me, Kevin. I really love your new film, Brain Dead. It’s an amazingly fun movie, which is something that’s lacking in horror these days. How did you get involved with the project?

I actually had the idea to form my own company and make a low-budget horror film back in 1989, after I’d directed Witchboard and Night of the Demons for other companies, which proceeded to make money off of my creativity and hard work.  So a friend of mine from film school, Daniel Duncan, and I formed Mentone Pictures and asked another friend from film school, Dale Gelineau, to write us a screenplay.  He had already co-written a script with me for producer Ivan Reitman (Ghostbusters, Stripes), which never got produced, but I liked Dale’s comedic writing style.  Dale came up with Slash, the story of a group of mismatched characters trapped in a deserted cabin in the middle of nowhere, with a giant, man-eating spider stalking the surrounding woods.  The dialogue was incredibly witty, and the characters were likable and funny, but that giant spider was just undoable on a small budget.  So Dan and I made The Haunting, a much more affordable ghost story, which I was forced to write in one week in order to take advantage of some financing that was being offered to us by a distributor.  The distributor later changed the title to Witchtrap, which became one of my lesser directorial achievements.  But it was a learning experience which enabled me to later form my new company, Prodigy Entertainment, with my new partner, Greg McKay.  I still liked Dale’s script, but the spider was still a huge budgetary problem.  That problem was solved when I decided to change the spider into zombies, and we rewrote the script into Brain Dead. 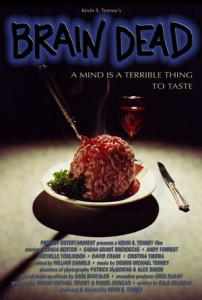 I love the cast you gathered for Brain Dead. Michelle Tomlinson, Joshua Benton, Sarah Grant Brendecke, David Crane―all wonderful in the flick. Where did you find them?

Greg and I hired my former partner, Dan, to be our line producer, and he and I just auditioned every unknown actor and actress we could find.  On more than one occasion, we went through everybody who’d applied and didn’t like any of them.  We would then put new ads in Variety and Drama Logue and start all over from the beginning.  That’s how we found Sarah Grant Brendecke and Cristina Tiberia.  We did this for about four months, until we’d assembled a cast we knew could do the job.  It took a lot of time and patience, but that’s the only way you can find talented performers when you aren’t offering large salaries and high-end perks.  That said, though, you also have to get lucky.  Joshua Benton was the first actor we read for the lead, and Michelle Tomlinson was the first actress we read for her part.  So even though we read others after them, we knew we had at least two roles already cast.  It made it easier to pursue the other roles so ceaselessly. When you see the finished product, I think it was time well spent.

I hear it was pretty hot during filming. Michelle said you were out there sweating with the cast and crew in 130 degree weather, but you “kept your cool” and were a “really fun director to work with.” What goes into running a fun set in miserable conditions?

How can you not have fun on a film set?  Before I wised up and applied to U.S.C. Film School, I had several real jobs right out of high school, like selling knives door to door, hanging sheetrock on construction sites and working security for a warehouse.  Filmmaking may require long hours and lots of stress, hard work and sleepless nights, but my worst day on a film set is still a hundred times better than my best day on a construction site. 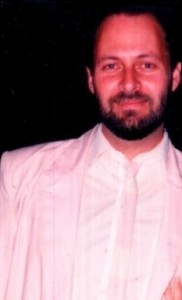 Over the years, you’ve had a lot of luck with your actors. Many that you’ve worked with have gone on to achieve some level of fame (or infamy). Have you developed a sixth sense about predicting who will do well?

I just try to pick the best actors I can afford at the time.  I’m usually surprised when they don’t become bigger stars afterwards, because I’ve worked with a lot of talented people.  When I was shopping my film-noir screenplay, Tick-Tock, the head of the distribution company that was going to finance the film asked me who I wanted to cast.  He was going to give me enough money to make realistic offers, but it wasn’t going to be enough to get me A-list stars.  I’d seen another film they’d produced, with a young, upcoming actress, whom I thought would be perfect for one of the female leads.  But her agent felt she should be paid more than the distributor was willing.  I’d also seen a short, twenty-minute film with another up-and-comer, whom I thought would be perfect for the male lead.  Again, the distributor thought his asking price was too high.  I told the distributor, “I believe these two will be stars by the time our film comes out, and they’re worth the price.”  He said, “You know how often I hear that?”  So we didn’t get the actors I wanted, Matthew McConaughey and Renee Zellweger, and I ended up making Tick-Tock with another distributor for a lot less money, just so I could hold on to complete creative control.

Although you’ve done films in several styles and genres, you’re probably best known as a horror director. How do you feel about that?

I like horror films.  Luckily, I’m a writer, so when I feel the urge to direct a film in a different genre, I don’t have to wait for someone to offer it to me; I can just write it myself.  As long as I enjoy making horror films, I’ll continue to make them.  I can tell you this: I had a great time making Brain Dead.

We actually formed Prodigy to make another screenplay of mine, The Board.  I’d originally written it to be the sequel to Witchboard, but the distributor was afraid it was too drastically different from the original.  Of course, that’s what appealed to me about the project, but the distributor insisted I make something closer in tone and feel to the first one.  So, The Board got shelved, and I wrote and directed Witchboard 2, which went on to do pretty well.  But when we formed Prodigy Entertainment, we wanted to make The Board for a much larger budget.  Since it was taking so long to get all the financing in place, we decided to make something smaller first, Brain Dead. 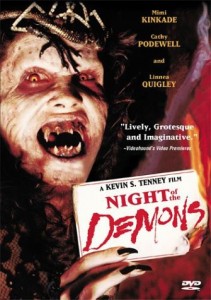 Can you talk about any projects Prodigy might have in process?

Well, Greg and I have bought the rights to Witchboard, and we’re going to do an updated remake, which I will write and direct.  Then The Board will end up being the sequel to the remake, which I have already written and might also direct.  We are also in the final stages of working out the rights to a remake of Night of the Demons, which Greg and I will produce, but which will be written and directed by someone we agree upon with the distributor and financier.

Your films are family affairs to some degree. Your brother Dennis has found success as a musician and songwriter, as well as producing and scoring your films. Does it ever get a bit sticky working so closely with your brother?

Actually, yes.  No one can push your buttons more easily than family.  As a matter of fact, Dennis was originally supposed to be a part of Prodigy Entertainment, but he left for personal reasons. I miss him.

When you look at the horror landscape today, what do you see? Are you surprised at where it’s gone over the years? Disappointed? Hopeful?

Most of the studio stuff isn’t horrible, but so much of it is bland.  I’m glad the torture-porn phase seems to be over; I wasn’t a big fan.  I’m not much of a fan of the standard slasher film either, but I thought Hatchet was probably one of the best slashers in the last twenty years, definitely better than the countless Friday the 13th and Halloween sequels.  And Behind the Mask: the Rise of Leslie Vernon was very clever and well conceived, although I thought parts were a bit slow and the ending needed to be bloodier in order to actually sell it as revisionist slasher.  The point is, most of the exciting and creative stuff seems to be coming from the independents, rather than the studios, which has almost always been the case and probably always will.  Believe me, Brain Dead could never have been a studio film. Never.

Who are you excited about as a filmmaker?

I’m still a big fan of the established guys, Steven Spielberg, Ridley Scott, James Cameron, the Coen brothers, Paul Thomas Anderson, Robert Zemeckis, etc.   And Alfred Hitchcock made me want to be a filmmaker. I think the two best zombie films ever made were Sam Raimi’s Evil Dead and Peter Jackson’s Dead Alive.  That’s why Clarence and Bob [characters in Brain Dead] are being transported to Jackson County, Peter’s last name. And that’s why the river is named Renaissance Creek, a reference to Sam’s production company.  Yes, I know Evil Dead isn’t technically a zombie film, anymore than my own Night of the Demons, but I still believe they fall within this particular subgenre better than any other.  And although I really liked George Romero’s Dawn of the Dead, I already paid homage to him in Night of the Demons by making the Sal character’s last name “Romero” on his tombstone.

I think it’s safe to say that you’re officially a movie-making veteran. What’s the secret to surviving in Hollywood?

Never jaywalk; always cross on the green. Those L.A. drivers are dangerous.

Wow, Kevin, you make it sound so easy…

This article was posted in Interviews and tagged Brain Dead, Dawn of the Dead, Dead Alive, Evil Dead, film noir, horror, Interviews, Kevin S. Tenney, Michelle Tomlinson, Night of the Demons, Peter Jackson, Prodigy Entertainment, Sam Raimi, Theron Neel, Witchboard. Bookmark the permalink. Follow comments with the RSS feed for this post.Trackbacks are closed, but you can Post a Comment.