Comicpalooza Is Back and Bigger than Ever

It’s going to be hotter than usual in Houston, Texas, this Memorial Day weekend. Comicpalooza is back, and thanks to a new partnership with Battlestar Galactica fest GalactiCon, it’s bigger and better than ever.

With headliners such as Patrick Stewart (X-Men, Star Trek: The Next Generation), Michelle Rodriguez (Fast & Furious, Machete) and Danny Trejo (Machete, Sons of Anarchy), Comicpalooza has outdone itself once again, presenting over 500 hours of programming this year. 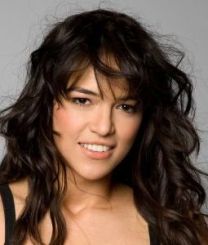 As if that wasn’t enough, GalactiCon 3 will be joining with Comicpalooza to create the largest  Battlestar Galactica event of 2013, with a guest lineup that includes such old and new BG notables as Edward James Olmos, Jamie Bamber, Tricia Helfer, Michael Hogan, Kandyse McClure, Alessandra Torresani, Richard Hatch and Dirk Benedict, among many, many others. This new, perfect union of conventions will allow all attendees to have access to everything both fests have to offer. So, if you’re a fan of sci-fi and comic books (and, doy, of course you are), it’s going to be one-stop shopping for all your fantastical needs.

There will also be various types of entertainment for your enjoyment, including  music acts such as Abney Park, ArcAttack, Professor Elemental, Frenchy and the Punk, and the Marquis of Vaudeville. There will also be comedy, a Stephen King Film Festival, video gaming, National Wrestling Alliance matches, International Quidditch Association games, a live art exhibition, a body painting competition and children’s programming for the kids….who am I kidding, it’s really for the parents. (If you’re a parent, you know what I’m saying.)

This article was posted in Other Awesome Stuff and tagged comic books, Comicpalooza, Conventions, Danny Trejo, Festivals, Houston, Michelle Rodriguez, movies, Other Awesome Stuff, Patrick Stewart, Slammed & Damned, television, Texas, Theron Neel. Bookmark the permalink. Follow comments with the RSS feed for this post.Trackbacks are closed, but you can Post a Comment.