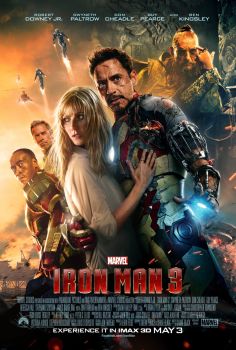 Tony Stark is back and all is not well.

In Iron Man 3, we catch up with the billionaire playboy genius, played by Robert Downey Jr., following the cataclysmic events of The Avengers. (If you didn’t see that flick, it involved evil aliens, wicked gods, the potential destruction of the world and the near destruction of New York City…you know, a typical Wednesday in the Marvel Universe.) Sure, Tony is Iron Man, but he’s also merely a mortal, so he’s not dealing with the fallout as well as, say, Thor might.

He can’t focus or sleep; all Tony can do is worry that Pepper Potts (Gwyneth Paltrow), his girlfriend and CEO of Stark Industries, might be in harm’s way due to his superhero hobby. And if that’s not enough, there’s a terrorist, known as the Mandarin (Ben Kingsley), who’s blowing up stuff, including Happy Hogan (Jon Favreau), Tony’s long-time bodyguard and best buddy. This tragedy shakes Tony from his torpor and angers him enough that he threatens the Mandarin on live television.

The Mandarin responds by attacking Tony’s awesome Malibu mansion at the same time that his ex-lover, scientist Maya Hansen (Rebecca Hall), has shown up to warn him that her boss, Aldrich Killian (Guy Pearce), might just be in league with the Mandarin. Killian is the developer of the Extremis virus — a serum that regenerates human tissue with some nasty, and weaponizable, side effects — and has a rather personal grudge against Tony. Soon, Pepper is kidnapped, Col. James Rhodes (Don Cheadle) morphs from War Machine into Iron Patriot, veiled plans are revealed and secret identities are exposed. Let the superhero action begin! 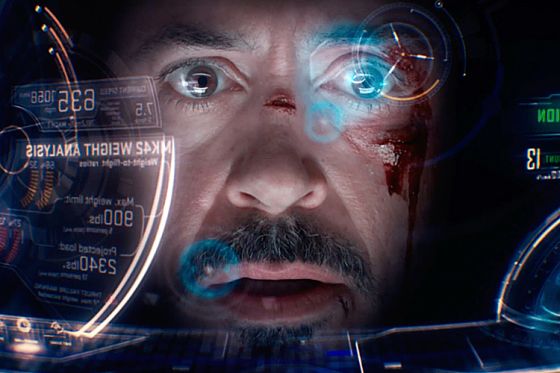 I’m not kidding about the action. Iron Man 3 is packed to the gills with battles, explosions and exaggerated setpieces, often feeling like a 1980s or ’90s action flick. This makes perfect sense considering the film was directed and co-written by Shane Black, writer of such films as Lethal Weapon, The Last Boy Scout and The Long Kiss Goodnight.

Retro-action is not a terrible direction for this series, especially considering this is the third entry. By the time most franchises get to the third film in the series, fresh ideas are hard to come by. Black has never made a comic book movie before, but he does know how to blow up shit, so he goes with what he knows.

All of Black’s favorite tropes are here: over-the-top explosions, snarky banter, a Christmas setting, kidnapping — during the climax, Cheadle and Downey Jr. run around, sans armor, dodging bullets and squabbling just like Riggs and Murtaugh did in every Lethal Weapon flick ever made. Hell, even Paltrow gets to kick a little ass this time out. And so we don’t forget this is a sequel, Black throws in a floppy-haired little moppet sidekick for Tony Stark to bond and bicker with. And, yes, the movie seems bursting at the seams, but it never feels over-long, which is quite an accomplishment for second-time director Black (his first film as director was the wonderful noir comedy Kiss Kiss Bang Bang, also with Downey Jr.).

By the time the ’70s-style credits roll, every plot thread has been tied up fairly neatly (if somewhat quickly), allowing for Iron Man 4 to start fresh and go wherever the next team decides to take it. (Because, come on, even though Downey Jr.’s contract has expired, there is going to be an Iron Man 4. Iron Man 3 has already made more than $400,000,000 overseas — that’s double its budget.) 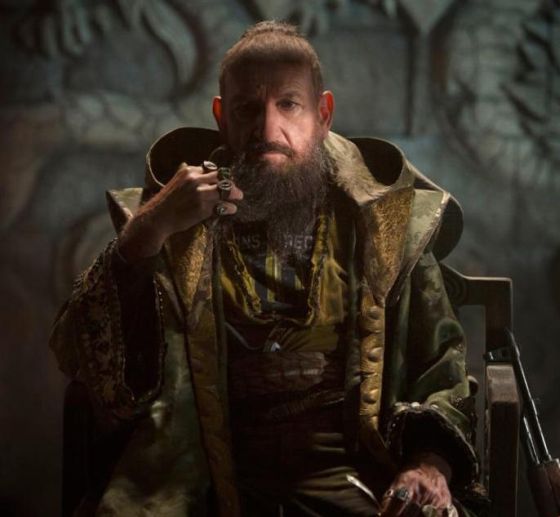 I was excited but a little curious when I heard the villain in Iron Man 3 was going to be the Mandarin, Iron Man’s main nemesis in the comic books. The Mandarin is a cool character, but one that would be easy to get really wrong. Though he was created in the 1960s, his roots are in classic pulp fiction and he is something of a racist caricature. But Black’s take on the Mandarin is smart; he modernizes the character in a way that’s both clever and surprising. Actually, that pretty much describes Iron Man 3 as well.

After a wonderful first film, Jon Favreau seemed to run out of places to take Iron Man in the second flick. Black was an interesting choice to direct the third film, but I fear he may have already burned through his repertoire. But that’s not meant to take away from the pleasures to be had in Iron Man 3. It’s a pretty fun flick, and that’s not a bad thing for a superhero movie to be.