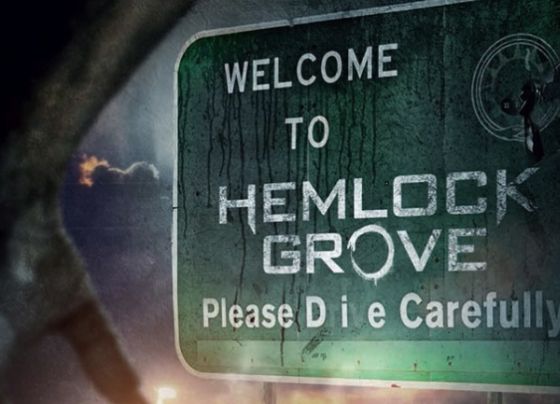 Netflix’s third foray into the original programming arena has gone live. And this time, it’s horror…or horrible, depending on who you ask.

All 13 episodes are now available at Netflix, which is a pretty good marketing strategy. If you like it, you get to gorge on all of it immediately, rather than risk losing interest while waiting around for the next entry to appear. And though some viewers are finding Hemlock Grove somewhat watchable, most of reviewers are not.

So far, the show is averaging a rating of 3.9 stars (out of 5), but the press is not being so charitable. The Daily Beast has pronounced Hemlock Grove “dreadful,” while TV.com says it “kind of sucks” and The Los Angeles Times believes it’s “terrible in ways that mock the meaning of the word ‘terrible,’ with clunky acting, tra-la-la transitions and at least one monster that walks like a bad Frankenstein.” Ouch! So far, the only positive notice has come from Entertainment Weekly. Double ouch!

I haven’t watched any of Hemlock Grove yet (it just premiered today), but since it features Lili Taylor and Famke Janssen, there’s a good chance I will. Plus, I think there are Nazis! And, c’mon, with reviews like that, I pretty much have to check it out.