‘Oblivion’ and ‘After Earth’ — Which Is Which? 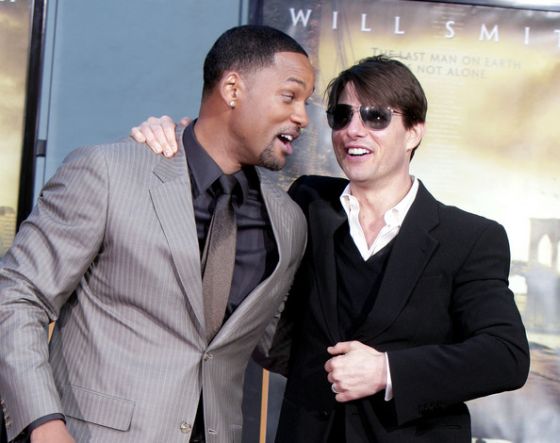 Okay, they aren’t exactly the same movie. But, you see my point, right? In Oblivion, Cruise is one of the only people on Earth. In After Earth, Smith is one of the only people on what turns out to be Earth. Plus, both flicks borrow plot points from other (better?) movies — Oblivion feels like a combination of Silent Runnings and, oh, any alien invasion flick you can think of. And for After Earth, M. Night Shyamalan steals the big reveal from Planet of the Apes. I know, there aren’t any new stories, but c’mon…

If nothing else, it should be interesting to watch these two Hollywood titans duke it out with such similar products movies. Maybe this is the fairest test to see who is truly King of the Box Office. Because as we know, like Highlander, there can be ONLY ONE.

This article was posted in Other Awesome Stuff and tagged action, After Earth, Highlander, M. Night Shyamalan, Oblivion, Other Awesome Stuff, Planet of the Apes, Science Fiction, Silent Runnings, Slammed & Damned, Theron Neel, Tom Cruise, Trailers, Will Smith. Bookmark the permalink. Follow comments with the RSS feed for this post.Trackbacks are closed, but you can Post a Comment.