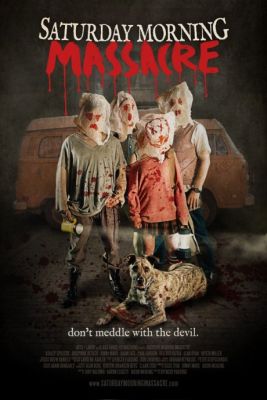 Drawing inspiration from Scooby-Doo, Ghost Hunters and scary movies of the ’70s and ’80s, Saturday Morning Massacre is a horror parody that’s equal parts frightening and funny. Made with affection and a knowing eye, this sly film is for anyone who ever wanted to see how the meddling members of Mystery Inc. would fare if they, say, walked onto the set of The Texas Chain Saw Massacre.

In this entertaining flick, which recently screened as part of the Austin Film Festival, the Scooby gang is reimagined as real-world paranormal investigators struggling to make ends meet in the grungy mid-1990s. Teetering on the brink of bankruptcy, the team stumbles into a paying gig involving a deserted mansion with a sordid Satanic history.

This ghost-busting crew is run by the short, smart sleuth Nancy (a very good Ashley Rae Spillers) and her willowy BFF Gwen (Josephine Decker). Along for the adventures are Chad (Adam Tate), Gwen’s rich boyfriend, and Floyd (Jonny Mars), a stoner tech geek who brings along his pooch, Hamlet. And, no, Hamlet doesn’t talk.

When the gang arrives at the site of the haunting, they are taken on a tour by the goofy Officer Lance (Paul Gordon), who advises them they should leave immediately. This house has a horrific past and is very likely really, truly haunted. Of course, this news only makes the Scooby crew more interested. After years of uncovering hoaxes and frauds, this is their chance to actually encounter the supernatural. Naturally, it’s not long until they realize they are in way over their heads.

Director Spencer Parsons has imbued Saturday Morning Massacre with the requisite gore and sex necessary for a proper slasher flick, but he’s balanced it all with nuanced filmmaking and smart humor, which thankfully never becomes too broad. The film drags a bit in the middle as the gang slows the action to explore its interpersonal dynamics, but it picks up quickly once the scares start coming fast and furious. 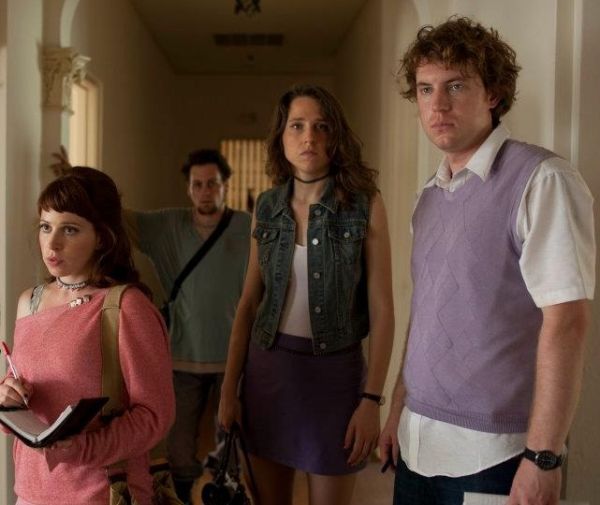 The whole “Saturday morning cartoon” angle is a pretty clever conceit; it immediately grounds the flick in our shared consciousness — because, come on, everyone has seen Scooby-Doo a thousand times. This allows Parsons to play with our expectations, but he mixes it up and includes enough left turns to keep us on our toes. In doing so, he skillfully brings familiar animation to “life” in a way that works surprisingly well.

The idea for Saturday Morning Massacre was born when Parsons learned of an old estate that was being remodeled. He was offered the location for a few weeks, so he immediately got a script together, and he and his crew shot the film in about five weeks on a minimal budget. The end result is a flick that succeeds more often than it fails and looks really good considering how little it cost and how fast it was conceived and made.

It’s been said that all the stories have been told. All that’s left is to find new ways to tell them. And maybe that’s true. After all, we live in a postmodern age when everything old is new again and pastiche artists, like Quentin Tarantino, reign supreme by taking elements of the past and combining them, like alchemists, into new cinematic gold. Saturday Morning Massacre may not be gold, but it proves you don’t have to be wildly original as long as you’re talented and resourceful.