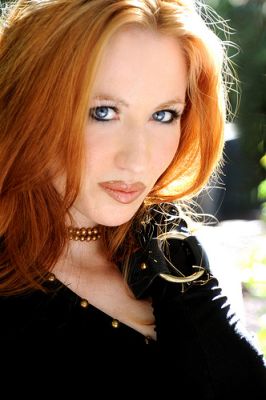 Tara Cardinal is a Renaissance woman in every sense of the word. Actress, model, writer, director, producer, stunt person, wrestler — she’s done a bit of everything. And her latest film, The Legend of the Red Reaper, allows her to prove it.

In Red Reaper, Cardinal plays the title character, a warrior witch who’s deadly with a sword, but she also produced and, over a period of years, helped shepherd the project to completion. I recently sat down with Cardinal for a talk about being the Red Reaper, working with legends and the brilliance of Uwe Boll.

You’ve had such a varied career, Tara. But before we get into that, can you talk about your childhood a bit? From my research, it seems to have been somewhat unconventional. For example, you left home at 16?

I try not to talk about my childhood too much, or my family. They prefer it that way, and for now I’ll honor that.

I can tell you that I “grew up” all over the U.S. and Canada. I spent some time living with relatives, friends of relatives and then foster care. You can see a lot of that comes out in the roles I choose and the projects I create.

This background sounds like it could’ve been a stumbling block, but you seem to have used it to develop quite a bit of self-reliance and a strong work ethic.

Humans are incredibly resilient. Fortunately, I’m no exception. I am what I had to be. In terms of work, and work ethic, I’m an ox. Socially, I’m pretty much clueless. 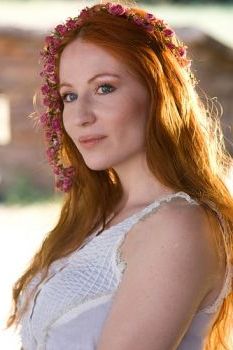 You are an actress and a model, but you also do stunt work and dabble in the world of professional wrestling. But you also have a B.S. in psychology. I’m curious about the timeline here — did you get the degree before the acting and stunt work started or…?

Oh, the modeling thing is just for fun really. I’ve done some professional commercial modeling, like for some hair companies, or Philip Morris’ stop smoking campaign, but I’m not a “real” model.

I started acting in theater when I was 11. My first stage production was televised live. Our opening night, due to some technical difficulties, I also learned I was pretty good at improv. Moving out at 16, I didn’t have any adult guidance. No one took me to auditions, or told me to move to Hollywood. I did what I thought I was supposed to do — I got a university degree. That was my first experience “finishing something.” I realized, with one year left to go that psychology wasn’t what I wanted to do with my life. It was my backup. And here I was, in my 20s, skipping the whole “following my dreams” and going straight to my backup plan. Without even trying.

So you decided to go for it?

While I was still in school, I got the role in Delivery. Delivery ended up getting released by Warner Brothers and went worldwide, but when we first started it was practically a student film. It was during that film that I was asked to do stunts — light stunts, but stunts nonetheless — and I discovered I loved it. After that, I set out to learn anything anyone would teach me. And, well, now I do a whole lot of action.

I’ll say you do. I guess it took every ounce of that self-reliance to get The Legend of the Red Reaper finished, eh? How and when did this project come about originally?

Many many many years ago! Back in 2003 maybe? I was attached to a Batman fan film, and I was cast as part of the Joker’s gang. We were all tasked with coming up with our own characters. I came up with “the Red Reaper” and the director loved it. I brought my swords and taught the leading lady how to sword fight — and choreographed the whole fight. It was a ton of fun. 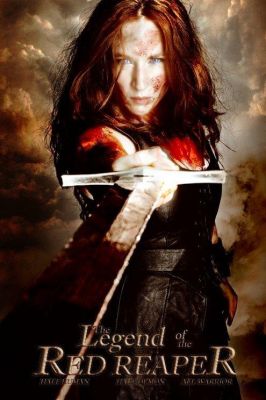 How did Uwe Boll get involved?

I met Uwe at the American Film Market, after the movie was wrapped. He agreed to take a look at the trailer, and said he could rep it. Then he saw the rough cut and passed. Devastated, I learned Final Cut Pro and recut it myself. The timing was perfect: He was flying in to shoot The Basement with myself, Clint Howard and Caroline Williams. I was organizing the Star Paws charity event for Victoria Burrows, a lovely lady who donates her time and resources to rescuing homeless dogs, and Uwe agreed to headline my event.

The next day, I showed him my re-cut, which he said was awful — but he understood what I was going for, at least. The next day, Ho-Sung Pak signed on to help with post production and I’ve been working with a new editor ever since. Now, we have a top-notch post production team to color and finalize the footage.

We also have Joshua Parish Gomez [son of Black Eyed Peas member Taboo] scoring the film. This is his first movie project, and he’s amazing. He’s coming up with a score that’s  mythic, mystic, epic and modern. People are going to be blown away by his talent. I was lucky to get him on his way up!

Well, it sounds like it’s going to be pretty epic! I saw that it just went to this year’s American Film Market. Any idea when it will surface?

Not yet. We didn’t take any of the offers from the U.S. Uwe believes once we have an actual finished, colored and scored project, the [minimum guarantees] are going to be a lot higher than what we got at AFM. Uwe’s a genius when it comes to marketing. I think everyone knows he’s behind the multi-million dollar marketing campaign that has every basement blogger in the world actively seeking out his movies to hate on them. It’s brilliant. And it works. The buyers eat up his films because they get so much press. And even though everyone knows he’s behind it, it still works.

As a comic geek, I have to mention that you recently had the honor of posing for George Perez, an artist who’s a living legend in the comic book world. How did that happen?

George is in Red Reaper! He has a wonderful cameo as the advisor to the Prince. You’ll love him in this movie — he’s subtle, funny, sweet and completely adorable!

Oh, that’s right! I forgot that he’s doing a lot of acting these days. So cool! I know Red Reaper took up most of your time for quite a while, but you also recently worked with another legend, Lou Ferrigno, flexing your superhero chops on Liberator. How was that experience? 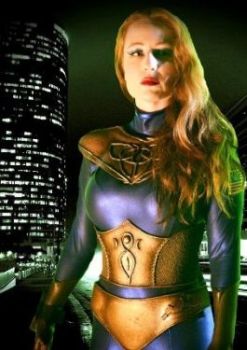 It was great! Lou is a complete darling. Every time he sees me, he’s asking me how I am, what  is going on with me, etc.

We did a little fight scene on Liberator, but they ended up reshooting it on a green screen. The whole cast was fun to work with. Michael Dorn, Peta Wilson and Don the Dragon especially. Peta’s funny. She recently came out with her own line of undies — when I saw her at the last screening, she came up to me and flashed me. Men all around turned pink. And the undies are fabulous!

Good to know! I understand you had a run-in with FedEx not long ago — during transit, it screwed up the footage for Terminal Descent, one of your films. Did this issue ever get resolved?

[Planet Fury, my other home] shamed them into honoring the claim [through an article calling attention to the situation]. Thanks for that. Terminal Descent is now well on its way to becoming a completed feature film. Sadly, it took six weeks for them to honor the insurance claim, so the project was really rushed. But we have some interest from a lot of great companies for distribution — Uwe Boll again, is repping the film — and we’re in contact with some Fangoria reps about it too.

Awesome! Now, on top of everything else you do, Tara, you’ve also been involved with a number of charitable organizations. Who are you working with currently and how can people assist?

Covenant House is an organization for homeless youth (http://www.covenanthouse.org/). This is the one closest to my heart for obvious reasons. If you have anything to give — a warm blanket or a few dollars — this is where it’s going to do the most good.

Hear that, readers? ‘Tis the season to step up and help out. Okay, Tara, you’ve acted in horror flicks, action movies, superhero films, fantasy epics — what film genre would you like to tackle that you haven’t had a chance to try? This is your chance to put it out there.

Of course! Actually, I can see that. So, what’s next for you?

Acting-wise, I’m up for some roles. I’m focusing more on local, or locally cast, movies and projects with larger budgets and great up-and-coming directors. We’re finishing up Spreading Darkness, a great thriller about a man, [played by] Eric Roberts, who pisses off all the wrong people, including John Savage, James Duval, Louis Mandylor and Dominique Swain.

And, other than that, just trying to find little ways to make the world a better place.

Keep up the good work, my friend… 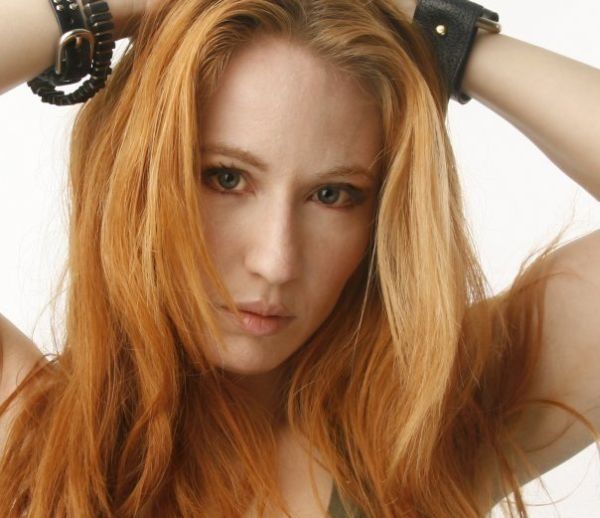