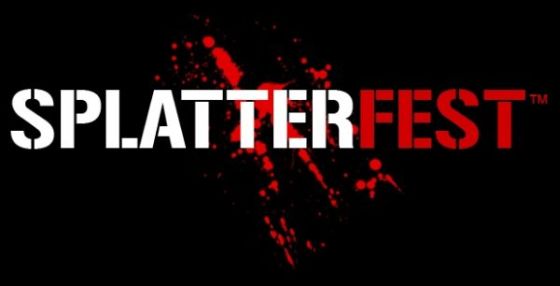 The days are shorter, the mornings are crisper and Halloween is right around the corner. That can mean only one thing: It’s time once again for SplatterFest, Houston’s premier horror film fest.

Now in its third year, SplatterFest is the brainchild of filmmakers Kerry Beyer and Kelly Byrns. But this year, Byrns and Beyer have made their SplatterFest even bigger and better than ever. I know what you’re thinking — after last year’s ultra-groovy Bruce Campbell orgy-a-thon, how is that even possible?

Here’s how: SplatterFest 2012 has expanded and created AmazingFest, destined to be one of the Southwest’s top pop culture conventions, for a trip back to the days of shoulder pads, parachute pants and mullets…oh yes, my friends, SplatterFest is headed to the 1980s. And the guest of honor will be none other than that close, personal friend of Molly Ringwald and ultimate king of the geeks: the one, the only Farmer Ted.

That’s right, Anthony Michael Hall will be at the Alamo Drafthouse Mason Park on Saturday, October 6, to sign autographs and pose for pictures (for a nominal service charge). But wait, there’s more! He is also going to do a Q&A session and stay around for a screening of some of his best flicks, including The Breakfast Club, Weird Science and, of course, Sixteen Candles.

I asked Byrns what prompted this tubular trip back to a kinder, more garish time. She smiled and explained, “Last year, we had Bruce Campbell at SplatterFest to celebrate the 30th anniversary of Evil Dead, so this year we thought it would be a great idea to take people back in time by screening some of their ’80s favorites on the big screen.”

I had to admit, it was a great idea. But Farmer Ted? “There are so many people who are fans of the old-school ’80s flicks,” Byrns said, “and what better icon to represent the ’80s than Anthony Michael Hall! We wanted to expand and include more than just horror films, so this is our launch of AmazingFest, which will grow to include pop culture, comic book films, anime, and more. This is a rare chance to see these movies on the big screen — how often will any of us get that chance again, much less with Anthony Michael Hall himself in the theater with us?”

Now, if that was all SplatterFest had planned, it would be more than enough. But Beyer and Byrns also have set up something extra-special for all you aspiring filmmakers out there. Apparently, they’ve called in every favor owed them and arranged for Micho Rutare, the Director of Development of The Asylum, to come in on October 5 and listen to your pitches. Remember, this is The Asylum we’re talking about, producers of flicks like Mega Python vs. Gatoroid, so no idea is too bizarre! Also, there will be world premieres of Adopting Terror, starring Sean Astin (Lord of the Rings), and #Hold Your Breath, starring the luscious and talented 30 Rock star Katrina Bowden.

And I haven’t even mentioned the prestigious SplatterFest annual juried short film festival, which takes place on October 2 and 3 and will be followed by the October 4 screening of Patient Zero — yet another world premiere!

I asked Byrns how SplatterFest managed to score all these cool premieres, especially considering the fest is only three years old. “My partner, Kerry Beyer, and I are both heavily involved in the film industry in addition to running SplatterFest. We network throughout the year and when the right feature comes along that is a good fit for our audience, it just clicks.” 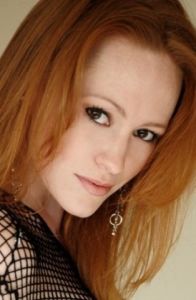 But how did they manage to get an important industry bigwig like Micho Rutare to head down to Houston and actually take pitches? That’s quite a coup. Her rusty mane bouncing, Byrns nodded and said, “This year, we also wanted to bring Hollywood to Houston and who better than a representative from one of the most successful genre distributors in L.A., The Asylum. This gave us the chance to not only have a workshop that would benefit Texas filmmakers, but it gave us the chance to show some other great films from The Asylum!”

Now you see why I said SplatterFest 2012 is bigger and better than ever before. So, if you’re a fan of short flicks, horror flicks, John Hughes flicks, crazy Asylum flicks or Anthony Michael Hall (and if you’re still reading this, you’re bound to fall into one of those groups), you better plan on being at the Alamo Drafthouse Mason Park (531 South Mason Rd., Katy, TX 77450) most of this week (October 2 through 6).

Byrns and Beyer have built one of the best horror fests in Texas, but I’m afraid they might have painted themselves into a tight, bloody corner this time. I mean, there’s no way that next year’s fest can top this one…is there?

“Our goal is to have a fluid festival that changes year by year to the extent of what our filmmakers and fans desire,” Byrns said.  ”Right now we are having a lot of requests for cosplay and anime, in addition to great horror films. Next year, fans can expect another awesome short film competition, plus the addition of a cosplay contest, appearances by anime actors and, of course, more great celebrities. One of the things that makes SplatterFest and AmazingFest unique is our balance of focusing on inspiring local filmmakers to grow as well as providing a hands-on experience for fans with their favorite celebrities in an atmosphere where they can actually interact.”

All right, I’ll say it. Next year might rock even harder. For ticket info and the complete schedule of this year’s totally bitchin’ ’80s-themed events, go to the official SplatterFest website. Because if you don’t, there’s a good chance it would devastate your reputation as a dude. I’m just sayin’…