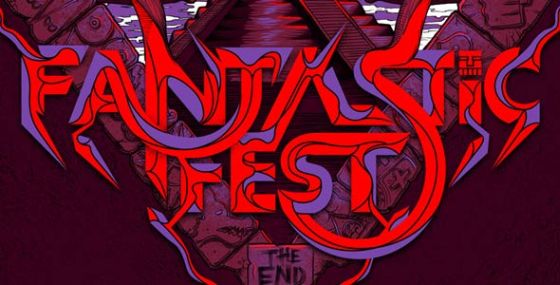 Another Fantastic Fest has come to a close. It’s been a grueling week of madness, movies and mayhem…and I can’t wait to do it again next year.

As I’ve written before, the main problem with film fests is you can never see everything you want. But that’s okay because you end up being exposed to things you didn’t know about — and that’s usually a good thing. I missed plenty, but I did see a lot of films at FF2012 and  reviewed my favorites already (to find them, just plug “Fantastic Fest” into the search box).  I’m now going to take this opportunity to touch on some of the rest of the many things I saw this year.

Dead Sushi: The latest flick from Noboru Iguchi just didn’t do it for me, I hate to say. I usually love his work — The Machine Girl and Karate-Robo Zaborgar, especially — but Dead Sushi left me cold. It was too long and too broad, though lead actress Rina Takeda was quite good. One-line review: Roe is me.

Paris by Night: A tense French crime thriller by Phillipe Lefebvre, Paris by Night has tons of ambiance and some great performances, but not much else. The film follows one night in the life of an ethically challenged French vice cop (Roschdy Zem) as he makes his rounds with a new partner  (a wonderful Sara Forestier), showing her the ropes and doing what he has to do to keep the peace. Of course, some of what he has to do isn’t strictly legal, but Zem’s performance ensures you never dislike his character. Sadly, the movie succeeds too well at showing us the detective’s nightly grind, though there is a nice twist at the end. One-line review: Not enough thrills in this thriller.

Taped: Another tense thriller, this time from the Netherlands. A couple go to Buenos Aires for vacation and accidentally video tape a murder by the police. This flick, from director Diederik Van Rooijen, was quite good and hard to watch at times…so of course, it’s getting an American remake that will likely leach out all the drama. One-line review: See Taped before it’s retaped.

Young Gun in the Time: When Korean writer-director Oh Young-Doo won the 2011 Yubari International Fantastic Film Festival for Invasion of Alien Bikini (which was made for $4,000 but looked like it cost $4 million), he took the $25,000 prize, raised $5,000 more and made the follow-up, Young Gun in the Time. A time travel tale that’s equal parts comedy, action and fantasy, Young Gun is a fun, strikingly original take on the time travel subgenre. If you like oddball comedy, pulpy detective flicks, Hawaiian shirts, shadowy government conspiracies, stag beetles, martial arts, time travel or any combination of these elements, this is your movie. One-line review: It’s time you saw Young Gun in the Time.

Danger 5: Danger 5 asks the essential question, “What if World War II had taken place in a low-budget 1965 foreign movie?” Feeling like a kitschy combination of Thunderbirds, Hogan’s Heroes and Dean Martin’s Matt Helm flicks, the Australian TV series Danger 5 is politically incorrect spoofy retro awesomeness. One-line review: If you like Nazi dinosaurs, Japanese robot soldiers and hepcat jazz monkeys, Danger 5 was made for you.

Wake in Fright: I’d long known Wake in Fright as being perhaps the legendary long-lost Australian exploitation movie. This 1971 classic has now been rediscovered (in a Pittsburgh warehouse, of all places) and remastered for DVD release. After finally seeing it, I was surprised to find that Wake in Fright isn’t the brutal grindhouse flick I’d thought. It’s actually a smart character drama about a man’s journey into self-discovery. Sure, this journey involves attempted suicide, brutal kangaroo slaughter and homosexual rape. But it’s still a thoughtful, well-made film filled with wonderful performances, especially Donald Pleasence’s turn as an intellectual reprobate who knows himself, perhaps a little too well. One-line review: Wake in Fright is an Aussie classic that deserves to be seen, so see it now that you can.

Memory of the Dead (La Memoria del Muerto):  Argentinean filmmaker Javier Diment’s Memory of the Dead plays like a surreal combination of Sam Raimi and Dario Argento. It’s funny, scary, gory, disturbing and beautiful. But it’s a little long and takes a few too many self-indulgent narrative diversions to satisfy completely. Still, it’s worth seeing just to observe Diment showing off. One-line review: Memory of the Dead will leave you with enough memories to make it worth your time.

No self-respecting film festival is complete without the requisite celebrity sightings, and Fantastic Fest allowed me a few. Among the people I glimpsed as they walked past me, totally ignoring me, were Tim Burton, Winona Ryder, Robert Rodriguez, Karl Urban, Olivia Thirlby and Martin Landau. Barbara Crampton and Brea Grant were seemingly everywhere all the time. There was also a drunken evening of karaoke with the Soska sisters and American Mary star Tristan Risk — the Soskas’ version of “Dream On” is best described as, umm, enthusiastic. (Look for a somewhat less-drunken interview with Risk, the Soskas and Katharine Isabelle in the future; it’s proving to be a bitch to transcribe.)

So, that was Fantastic Fest 2012. A lot of film and people watching, too much drinking, too much eating and too little sleep. Festival life is a grind; but as grinds go, it’s one of the best.