Who Cares if Paul Thomas Anderson’s ‘The Master’ Is about Scientology? 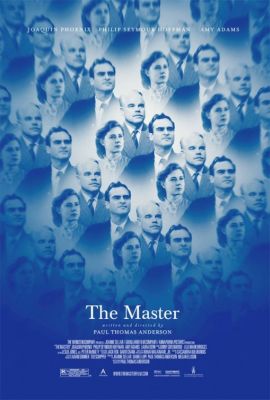 So much energy and column space have been dedicated to the discussion of whether The Master, director Paul Thomas Anderson’s new film, is actually about the religion/cult/doctrine known as Scientology that everyone seems to have forgotten that this really doesn’t matter. What’s truly important is that The Master is a new film from Paul Thomas Anderson.

Let’s deal with this right away — no matter how much everyone involved with the flick wants to deny it, The Master is obviously based on L. Ron Hubbard and the founding of Scientology. The film’s main character is a charismatic mastermind (like Hubbard) who is married to a woman named Mary Sue (as was Hubbard) and, while on a cruise in 1952, conceives a new religion that’s perceived as a cult (as did Hubbard).

Anderson might have found his inspiration in Hubbard’s life, but The Master isn’t about Scientology, not really. No, The Master is a classic drama about a man who has everything yet is missing something. Philip Seymour Hoffman’s Lancaster Dodd reigns supreme as the leader of The Cause. And when he meets Freddie Quell (Joaquin Phoenix), an explosive, broken World War II vet, he finds the perfect challenge — he can fix Freddie, thereby proving his greatness. But if he does, he won’t be able to live vicariously though the wild, free spirit. And though Dodd is a spiritual leader, he’s also just a man.

Like There Will Be Blood, Boogie Nights and Magnolia, Anderson has crafted another epic drama filled with damaged characters and surrogate families. And befitting its epic status, The Master was shot in 65mm (the first movie filmed in this format since Kenneth Branagh’s Hamlet in 1996) and will receive limited 70mm screenings around the country.

Since his first film, the wonderful character study Hard 8, Anderson has been one of our most interesting filmmakers. But, sadly, he doesn’t have a huge filmography; since 1996, he’s only released five features. The Master will be his sixth and his first since 2007. Any new film from him is a reason to celebrate.

This article was posted in Other Awesome Stuff and tagged 70mm, Boogie Nights, drama, Hamlet, Hard 8, Joaquin Phoenix, Kenneth Branagh, L. Ron Hubbard, Magnolia, Other Awesome Stuff, Paul Thomas Anderson, Philip Seymour Hoffman, Scientology, Slammed & Damned, The Master, There Will Be Blood, Theron Neel, Trailers. Bookmark the permalink. Follow comments with the RSS feed for this post.Trackbacks are closed, but you can Post a Comment.