We just got word that the latest issue of Vampire Guardian Angels, the brutal comic book series by horror polymath Lia Scott Price, is headed our way. And we have the cover shot to prove it. 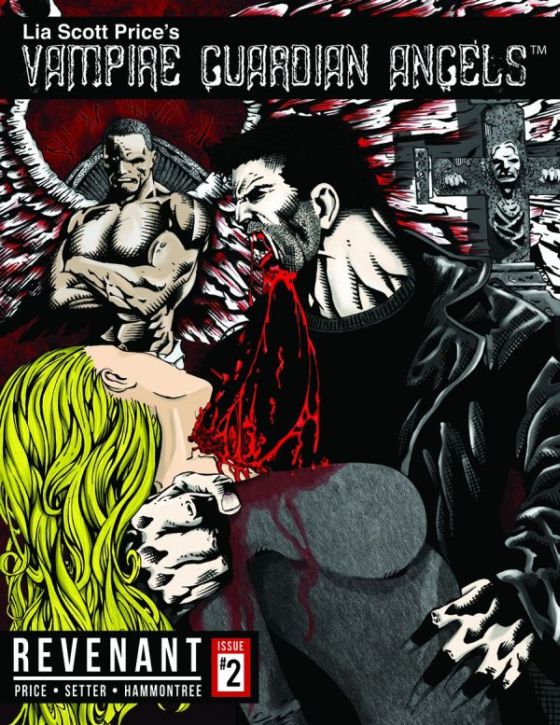 This latest issue is titled “Revenant,” based on the second part of Price’s trilogy novel The Guardian, Revenant, and Dominion, and features art by Andrew Setter and Chad Hammontree.

Price, Setter and Hammontree previously released the comic adaptation of part one, “The Guardian,” in which Price has imagined guardian angels as violent vampires who kill the very people they are supposed to be protecting — talk about your tough love.

“Revenant” will hit the shelves in October. As a special Halloween treat, look for a “cameo” from L.A. death metal band Enthraller, who will appear as, what else, vampires!

For more information on all the many things Price is up to, including recent forays into film, check out her website at www.liascottprice.com. Knowing Price, there’s no telling what you’ll find.