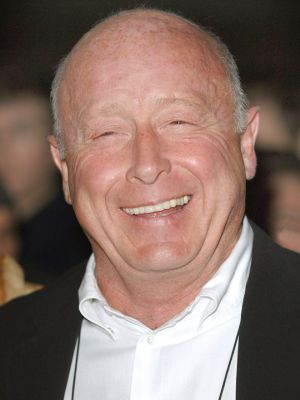 As you’ve no doubt heard by now, British director Tony Scott leapt to his death from the Vincent Thomas Bridge in San Pedro, California, yesterday. He was 68. He is survived by his wife, Donna; their two children; and his brother, filmmaker Ridley Scott.

According to the Daily Beast, the Los Angeles police department believe Scott’s death was a deliberate act, though it’s not certain whether he drowned or died from impact. Lt. Joe Bale, from the Los Angeles County Department of the Coroner, said, “I would guess he died from impacting the water. We are investigating this as a suicide. There is no reason to believe it was anything else.” It’s being reported that a suicide note was found in Scott’s office, though its contents have not been made public.

Anthony David “Tony” Scott was born in 1943 in North Shields, England. The youngest of three children,  Scott studied painting at the Grangefield School, West Hartlepool College of Art and the Sunderland art school before graduating from the Royal College of Art. He soon followed his older brother Ridley into the filmmaking business, quickly becoming known and respected for his work as a director of eye-catching commercials.

Scott soon became one of the most popular and successful filmmakers of the 1980s. With hits like Top Gun, Beverly Hills Cop II, Days of Thunder, Crimson Tide , Man on Fire and Unstoppable, as well as film geek favorites such as True Romance, The Last Boy Scout, The Hunger and Domino, Scott’s legacy as a director for all seasons is secure.

Scott was often in his brother’s shadow as a director, but it cannot be denied that Tony Scott had a striking, singular visual style. Though he slowed down somewhat in the the ’90s, Scott had recently reemerged with some of his strongest work, such as 2010′s Unstoppable, where he proved that he still had the ability to craft a visceral, exciting film.

It’s been learned that Tony Scott had been diagnosed with inoperable brain cancer. According to The Daily Mail Online, sources close to Scott have revealed he “killed himself to spare his family the pain of watching his slow death.”

According to the Los Angeles Times, Tony Scott’s family says he did not have brain cancer. An autopsy is being performed. Hopefully, conjecture will cease and Scott’s family can be spared anymore scurrilous rumors.

This article was posted in Other Awesome Stuff and tagged Beverly Hills Cop II, Crimson Tide, Days of Thunder, Domino, Man on Fire, Obituaries, Other Awesome Stuff, Ridley Scott, Slammed & Damned, The Hunger, The Last Boy Scout, Theron Neel, Tony Scott, Top Gun, True Romance, Unstoppable. Bookmark the permalink. Follow comments with the RSS feed for this post.Trackbacks are closed, but you can Post a Comment.