Prepare Yourself for ‘Terminal Descent’

We just got hold of the trailer and some production stills from Terminal Descent, a new horror flick starring the tough and talented Tara Cardinal, and all I can say is: See what happens when you don’t pay attention to “No Trespassing” signs?

Directed by David R. Williams and starring Cardinal, Alicen Holden, Justin Irwin and Patricia M. Dunn, Terminal Descent focuses on a group of urban exploration enthusiasts (aka curious young thrill seekers who should pay more attention to “No Trespassing” signs) that get in over their head when they explore a mammoth abandoned train station and discover it to be the resting place of some very nasty, very hungry creatures.

Cardinal is one of the hardest working and, thanks to her glorious red tresses, most identifiable actresses on today’s indie horror scene, yet she’s almost unrecognizable here. As Ikari, the group’s leader, Cardinal displays her usual commanding presence, but because she’s playing a mixed-Asian character, she’s sporting dark hair. 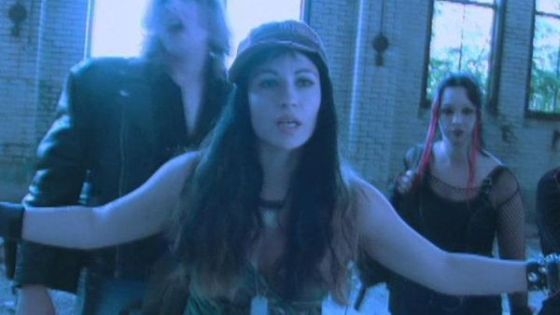 For an independent feature that was shot in just three days, Terminal Descent appears quite stylish and extremely effective. The filmmakers obviously got permission to film in an actual dilapidated facility of some type, and they seem to have taken full advantage of it. Another plus is the flick’s atmospheric score, which was composed by Joshua Parrish Gomez, son of Black Eyed Peas member Taboo. 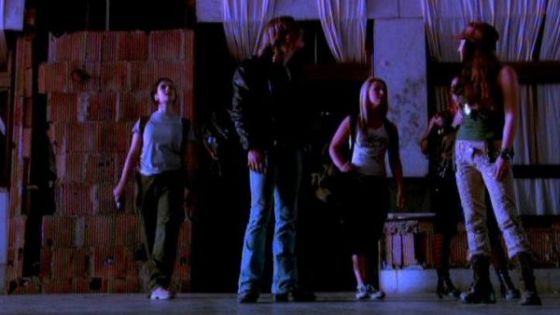 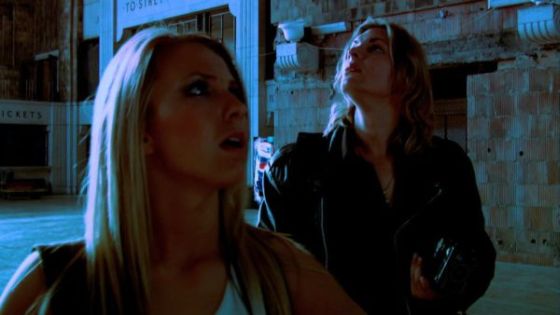 Check out the badass Tara Cardinal in the trailer for Terminal Descent. There’s no release date yet, but we’ll bring you more info as we get it.