Quentin Tarantino is one of those fortunate film geeks who’ve somehow managed to parlay their obsessive love of cinema into a career spent making movies that they want to see — and lucky for us.

As a filmmaker, Tarantino has been steadily checking off his favorite genres — exploitation flick, caper film, war movie, martial arts epic, film noir — but it’s taken until now for him to make a western. Or, at least, his distinct version of a western. 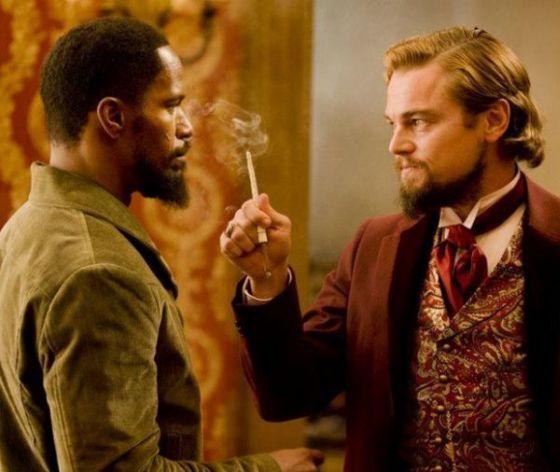 While some evocative stills have given us a taste of what the director has in mind for Django Unchained, which he’s dubbed a “Spaghetti Southern,” the  freshly released trailer shows that he’s made a movie that feels like something completely fresh yet still screams Tarantino.

This preview opens with moody, atmospheric shots — desert plains, barren vistas, dark forests — all accompanied by the plaintive sound of Johnny Cash’s battered voice. It’s reminiscent of John Ford or Sergio Leone…for about a minute. Then, there’s a sudden gunshot and the raucous howl of James Brown kicks in. And you know you’re watching a Quentin Tarantino flick.

This 2 1/2-minute clip does a great job of communicating the plot and characters of Django Unchained, the tale of a runaway slave (Jamie Foxx) who teams with a bounty hunter (Christoph Waltz) to take down an evil plantation owner (Leonardo DiCaprio).

The flick is full of Tarantino’s trademark violence, humor, indelible imagery and hyper-articulate characters. And though the film is filled with a first-rate cast from top to bottom, my favorite performance in the trailer belongs to DiCaprio, whose cartoonish take on his role as an effete Southern popinjay manages to be both amusing and unsettling.

I don’t know why it’s taken this long for Tarantino to tackle a western, but I’m glad he finally has. Django Unchained is due in theaters on December 25. It might not be the traditional Christmas fare, but I can’t think of a better present for movie fans.