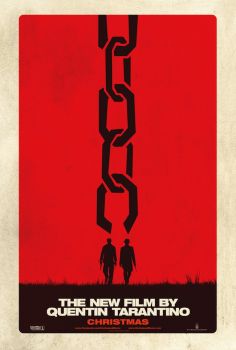 One of the movies I’m most excited about seeing is Quentin Tarantino’s upcoming revisionist western, Django Unchained. And while it won’t be out until Christmas (most transgressive holiday flick ever), we now have an idea of what it will look like.

Django Unchained stars Jamie Foxx as the titular runaway slave (who Foxx describes as “[Shaft] meets Clint Eastwood”) and Christoph Waltz as Dr. King Schultz, the German mercenary with whom Django teams, and a recent Entertainment Weekly online feature has posted some of the production’s first stills. And I gotta say, they look pretty fine.

In the EW piece, Foxx opens up a bit about his role and touches on the fact that Tarantino’s new flick will likely step on some toes. When asked if he thinks it will be controversial, Foxx replied, “Oh, hell yeah. You kidding me?”

But he doesn’t believe the often-controversial filmmaker is shocking just to shock. “There’s a beautiful way [Tarantino] found for the characters to talk to each other,” Foxx said. “It’s mind-blowing. You’ve never heard it this way. You’ve seen movies deal with slavery — or westerns that never dealt with slavery — do it the safe way. This way is like…wow.”

Though Django is essentially a revenge flick that finds Foxx’s character rescuing his wife from the clutches of Leonardo DiCaprio‘s depraved plantation owner, Calvin Candie, the relationship between Django and Schultz seems to be the heart of the film.

“Christoph’s character is a little aloof to what slavery actually is,” Foxx said. “He’s not familiar with everything, and when he sees atrocities, it’s Greek to him. But Django lets him know this is the way the world is and we got to get used to it. He teaches Django certain things he needs to become a whole man, and [Django] also teaches [Schultz] that when life deals you these cards, here’s what you’ve got to do.”

I was a little leery about Foxx in this role, but I have to admit he looks pretty sharp in his cowboy attire.  And check out DiCaprio, with his furrowed brow, wielding that hammer. Nothing says “sociopath” like a crushed velvet vest. Am I right? 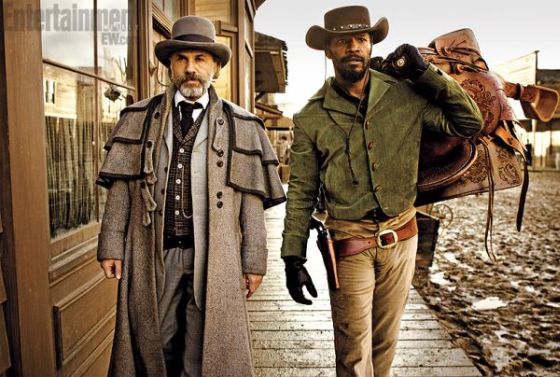