Fearsomely Awesome: The Trailer for ‘A Fantastic Fear of Everything’ 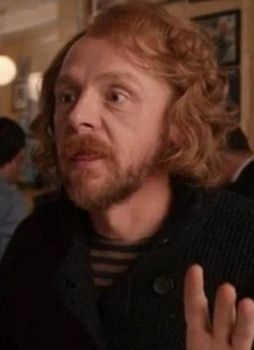 A Fantastic Fear of Everything stars pop culture aficionado and icon Simon Pegg as a children’s author who turns his attentions to penning a crime novel. But, as will happen, his research turns him into a pathetic neurotic mess, plagued by an irrational fear of being murdered. Of course, these crazy paranoid fantasies don’t seem so absurd when he’s targeted by a real-life serial killer.

So, I’ll be headed to theaters this June to watch Pegg (and co-stars Amara Karan, Paul Freeman and Clare Higgins) do battle with his demons, which apparently include his love life, his laundry, a hedgehog puppet and a psychiatrist in a pirate hat. And based on that sentence, I bet you will too.

This article was posted in Other Awesome Stuff and tagged A Fantastic Fear of Everything, Amara Karan, Chris Hopewell, Clare Higgins, comedy, Crispian Mills, Franz Ferdinand, Other Awesome Stuff, Paul Freeman, Radiohead, Simon Pegg, Slammed & Damned, Theron Neel, Trailers. Bookmark the permalink. Follow comments with the RSS feed for this post.Trackbacks are closed, but you can Post a Comment.