Say Hello to Your New ‘Carrie’ 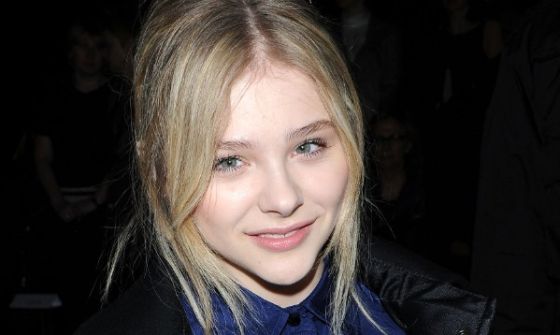 That’s right, the freakishly talented (and freakishly busy) 15-year-old Chloë Grace Moretz has been crowned your new Carrie by director Kimberly Peirce. Don your crown, Chloë, then smile and wave to your subjects while you can, for they will soon perish in a blazing inferno at your hand…umm, mind…eh, whatever.

Peirce (Boys Don’t Cry) is set to direct a new take on Carrie,  Stephen King’s first published novel. Said to be more “faithful” and “grounded” than Brian De Palma’s 1976 classic, Peirce’s Carrie will be scripted by Roberto Aguirre-Sacasa, who has written extensively for television, the stage and comics. Of all his past work, most germane here is probably his adaptation of King’s epic The Stand for an ongoing series from Marvel Comics. But perhaps Aguirre-Sacasa’s work as script doctor on the troubled production of Spider-Man: Turn Off the Dark is also relevant because of, you know, all the terrible accidents that have maimed various actors and turned the play into something of a musical horrorshow. 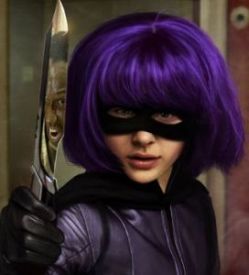 Ms. Moretz had been working steadily since 2004 before breaking through in 2010 with the one-two punch of Kick-Ass and Let Me In. Knowing that, in Hollywood, you have to make hay (i.e., cash) while the sun shines, Moretz hasn’t slowed down any. Last year, she appeared in Martin Scorsese’s Hugo and will co-star this May in Tim Burton’s potential gothic misfire Dark Shadows.

Moretz has moved over to television as well, recently showing up on 30 Rock a few times, where, as Jack Donaghy’s teen nemesis, she’s been stealing scenes handily from Alec Baldwin, no small feat. Moretz has also just signed to appear in The Drummer, an upcoming biopic about Beach Boys drummer Dennis Wilson, starring Aaron Eckhart  as Wilson and Vera Farmiga as Fleetwood Mac vocalist Christine McVie. Oh, and don’t forget about Kick-Ass 2, which will be shot this summer.

So, while you’re sitting there, watching your TV, eating your Cheetos and wondering where you left your car keys while writing a movie review for your entertainment website, remember that there’s a little 15-year-old chick out there doing more in a month than you’ll likely do in your lifetime. I hope you can make peace with that, because I sure as hell can’t.