It was a Dark and Zany Night — the ‘Dark Shadows’ Trailer 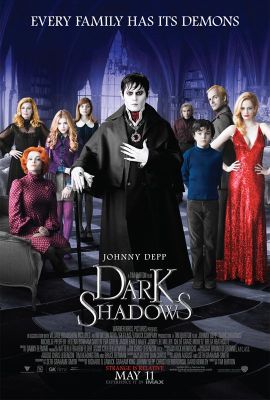 The trailer for Tim Burton’s big-screen version of Dark Shadows has hit the web, and it’s raising some hackles among true believers (like myself). What we all hoped would be an atmospheric chiller looks to be a madcap comedy, and not a funny one.

As a long-time fan of the original Dark Shadows, I’ve been following this project pretty closely. When Johnny Depp persuaded Burton to come aboard as director, I was excited. Burton was a monster kid and dedicated Dark Shadows fan with the chops and temperament to do justice to one of my childhood favorites.

When Burton filled his cast with names such as Eva Green, Michelle Pfeiffer, Jackie Earl Haley, Chloë Moretz and Christopher Lee, I was even more excited. These are great actors who consistently do good work.

When Burton chose John August to write the script, I was even more even more excited. When August left and Burton brought in Seth Grahame-Smith, I was disappointed but still on board. Best known for genre mashups like Pride and Prejudice and Zombies, Grahame-Smith was untested as a screenwriter, but perhaps his flair for period dialogue and his sense of whimsy would fit well with Burton’s sensibilities.

I was even okay when Depp and Burton’s character design for Barnabas was revealed to be a cross between Count Orlok and Pete Wentz. A goth-inspired Nosferatu could work, I told myself hopefully. Really it could.

Whatever red flags have appeared, I’ve been able to rationalize them. But I’m having a lot of trouble rationalizing the trailer for Dark Shadows. 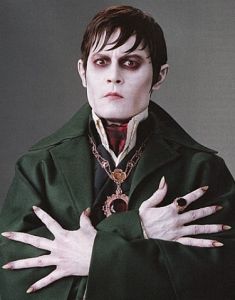 Advance word had leaked that Burton was fashioning the film as a comedy. I’d hoped that meant he was planning on slyly goosing the campier elements inherent in the source material’s genre; if handled right, gothic horror could be ripe for some waggish satirical jabs. Sadly, it seems like Burton and co. have decided to go a very different way.

I was hoping for something resembling Sleepy Hollow, but it appears Dark Shadows is closer to Love at First Bite — an overly broad and crass comedy full of inane physical comedy and sight gags.

Burton’s big screen reimagining of the ’60s cult TV series finds Barnabas buried alive in 1772 by Angelique, the witch who cursed him to vampirism for breaking her heart. When Barnabas is accidentally released from his tomb in 1972, he finds his beloved estate, Collinwood, has fallen into disrepair and his descendants aren’t in much better shape. Hilarity ensues…well, it’s supposed to anyway.

While the obvious fish-out-of-water jokes and the wacky tone grate, there are some nice moments in the trailer. The opening scenes are full of gloomy, mysterious ambiance, and before the attempts at big yoks get in the way, the cast acquit themselves nicely — especially Depp. There are even flashes of oddball character comedy reminiscent of earlier better Burton flicks like Beetlejuice and Ed Wood. But then the slapstick starts and it becomes hard to watch.

I’m hoping those nice moments, as rare as they seem to be, are not an accident. Maybe the marketers have emphasized the broad comedy over the subtle humor in an effort to grab a younger audience. I know, I know; the chances are slim and I just need to face the fact that this Dark Shadows (opening May 11) is most likely an opportunity lost. Dammit!