‘The Avengers’ Assemble in a New Trailer 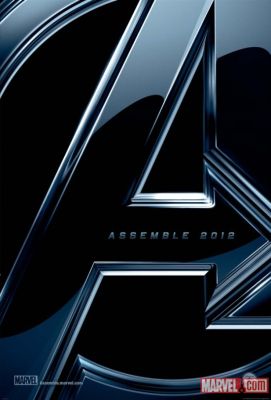 In an effort to ramp up audience excitement and anticipation, Marvel Studios has released a new trailer for The Avengers. This seems somewhat pointless because The Avengers is already the most highly anticipated movie event of the spring season. But, hey, it’s nice to get a peek at some new footage. So, cool.

This new preview isn’t that much different than the previous glimpses we’ve had. It combines the best of the first trailer with snippets of the one broadcast during the Super Bowl and adds some sweet new biff bang pow fight scenes.

And I have to say, those scenes are pretty jaw-dropping. I especially like the way Hulk softens his landing with the aid of a skyscraper. While we must thank the Avengers for saving our planet from Loki and his army (at least, I imagine they do), I anticipate there will be a multitude of civil lawsuits and damages claims to settle afterward.

My one concern is that it all seems rather operatic and slightly devoid of humor, a surprise since it comes from Joss Whedon (though, now that I think of it, Angel did get fairly overwrought near the end of its run). This new trailer is pretty somber aside from the occasional Tony Stark zinger, but even those are leavened by some real howlers (“We’re not a team; we’re a time bomb!”).

Still, I’m excited. The movies Marvel has released recently manage to bring its iconic heroes to life more faithfully than most of the other superhero flicks hitting theaters. Films like Thor and Iron Man are made for an older crowd, but they still have something for the awe-struck kid in all of us.

Hopefully, The Avengers will have a lighter touch than the marketing team is hinting at. Because even though, as an adult, I understand too well the prickly group dynamics at play once Type A personalities join forces, when I go to the movies to see superheroes smash stuff, my inner child needs to be fed too, dammit.