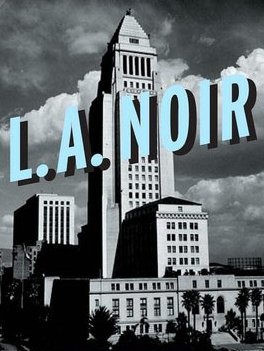 It looks like the pieces are falling into place around the puzzle that is L.A. Noir, the upcoming television series from Frank Darabont. But once the smoke and spoilers have cleared, will you be able to live with the result? Will any of us?

Last month, Darabont made known his intentions to free himself of the memory of AMC’s The Walking Dead by moving to TNT and adapting the book L.A. Noir: The Struggle For The Soul Of America’s Most Seductive City — a move that sounded harmless enough at the time. But in hindsight, were there clues we missed?

According to Michael Wright, TNT’s head of programming, L.A. Noir will be “a sweeping tale of the battle for the soul of the city that was waged between the forces of the LAPD and the West Coast mob.” But after some recent casting revelations, that description might well apply to the relationship between The Walking Dead and L.A. Noir.

Deadline reported yesterday that Milo Ventimiglia is joining the cast of Darabont’s new show. He’ll be taking the role of “Ned Stax, a former marine . . . now a budding lawyer groomed to be a master ‘fixer’ for the mob.”

But the shocker for fans of The Walking Dead is the announcement that Ventimiglia will be co-starring alongside Jon Bernthal, who currently plays Shane on Darabont’s old series.

Bernthal will be playing Joe Teague, an LAPD officer who served with Ned Stax in WWII. While the news that Bernthal might jump ship has been floating around for a while, it had always been presented as a rumor. But Deadline is stating it as a given, so I’m willing to believe it’s set in stone.

Besides, if you’ve been keeping up with this season of The Walking Dead, it’s pretty clear Shane’s days are numbered. And before you start screaming that I didn’t alert you to a spoiler, look back at the first paragraph and unclench for god’s sake. It’s just a TV show.

This article was posted in Updates & Teasers! and tagged AMC, film noir, Jon Bernthal, L.A. Noir, L.A. Noir: The Struggle For The Soul Of America's Most Seductive City, Michael Wright, Milo Ventimiglia, Slammed & Damned, The Walking Dead, Theron Neel, TNT, Updates & Teasers. Bookmark the permalink. Follow comments with the RSS feed for this post.Trackbacks are closed, but you can Post a Comment.