With ‘Hemlock Grove,’ Eli Roth Comes to TV…Sort Of 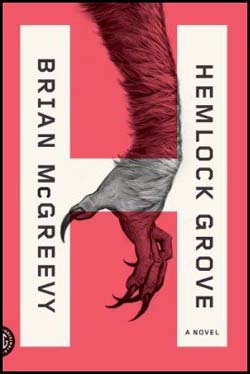 Having solidified his hold on the big screen, Eli Roth is now bringing his particular talents to the small screen known as your computer monitor, thanks to your good friends at Netflix.

Roth will be producing and directing the hour-long 13-episode horror series Hemlock Grove, based on the forthcoming gothic horror novel by Brian McGreevy. McGreevy will pen the script with writing partner Lee Shipman.

Described as an “exhilarating reinvention of the gothic novel, inspired by the iconic characters of our greatest myths and nightmares,” Hemlock Grove is “a riveting mystery and a fascinating revelation of the grotesque and the darkness in us all.” Plus, werewolves — something we can all agree Netflix has been in need of for some time.

Hemlock Grove is part of Netflix’s recent excursion into the world of original programming, via its online streaming service. In a bid to prove itself a worthy competitor to cable giants HBO and Showtime, Netflix has been running around like crazy making deals with noted creators such as David Fincher and Jenji Kohan, which likely explains why I’m now paying more to receive DVDs each month.

Other shows picked up by Netflix include Fincher’s drama House of Cards, Kohan’s comedy Orange Is the New Black as well as the rebirth of the canceled cult favorite Arrested Development. These additions follow Lillyhammer, a mobster dramedy set in Norway, which premiered earlier this month.

With the addition of Hemlock Grove, it looks like the online distributor has all its genres covered. Now, let’s see how long before Netflix decides to stop that nasty DVD-by-mail service it recently promised it would never stop, because you know it’s going to happen. It’s just a matter of when.

This article was posted in Other Awesome Stuff and tagged Arrested Development, Brian McGreevy, Eli Roth, Hemlock Grove, horror, House of Cards, Lee Shipman, Lillyhammer, Netflix, Orange Is the New Black, Other Awesome Stuff, Planet Fury, Slammed & Damned, streaming. Bookmark the permalink. Follow comments with the RSS feed for this post.Trackbacks are closed, but you can Post a Comment.