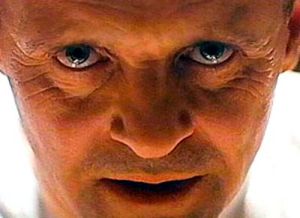 NBC might be skittish about Mockingbird Lane, Bryan Fuller’s edgy revival of The Munsters. But it’s completely crazy about Hannibal, the series Fuller is developing based on the serial killing cannibalistic psychotherapist immortalized by Anthony Hopkins in Silence of the Lambs.

Acting completely out of character, NBC has already ordered 13 episodes of Hannibal, skipping the whole nasty pilot business that is traumatizing Fuller’s Munsters reboot. In the parlance of nightlife, Mockingbird Lane has been waiting in line all night but can’t past the doorman, yet Hannibal just pulled up in a limo, hopped out and has already downed two drinks while getting blown in the VIP lounge.

Of course, this occurrence begs the question: Why? Perhaps we should contrast and compare each show’s synopsis and see if we can glean any clues about why Hannibal is so beloved and Mockingbird Lane is so belittled.

Hannibal is a “one-hour contemporary thriller series featuring the classic characters from Thomas Harris’ novel Red Dragon – FBI agent Will Graham and his mentor Dr. Hannibal Lecter – who are re-introduced at the beginning of their budding relationship.”

Hmm, that could make for compelling television, right? It’s simple, elegant and features one of cinema’s most beloved villains. 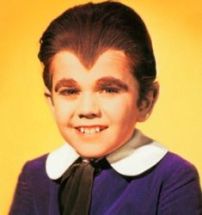 Mockingbird Lane is a “visually spectacular one-hour drama” that whose pilot focuses on “10-year-old Eddie Munster, who is unaware that he’s a werewolf and that his family is composed of terrifying creatures. The madness begins when a baby bear attacks a scouting trip, only it turns out that this “bear” is actually Eddie transformed into a werewolf. Eddie is unaware of his metamorphosis and it forces the family to move in order to protect the family secret.”

Hmm, that could make for— Wait, what? Really, Bryan Fuller? And that’s just one episode. There’s more insanity (something about Lily Munster eating suicide victims…I kid you not), but I think that’s enough for our purposes.

Now I’m beginning to see what NBC means when it says Mockingbird Lane needs a little work. I’m sure the next thing NBC will say is “I’m sorry, Mockingbird Lane. It’s not you, it’s me.”

A cynical person might think NBC courted Mockingbird Lane all this time just to get its desperate little hands on Hannibal. But NBC couldn’t possibly be that shallow…could it?