‘The Munsters’ Reincarnation Stuck in Limbo 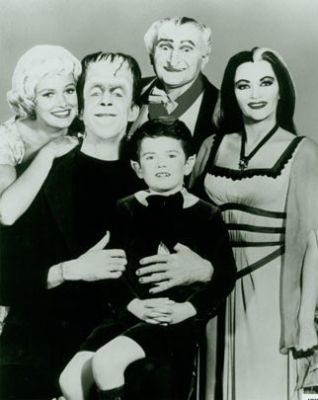 Bryan Fuller’s long-delayed edgy reboot of The Munsters is having a helluva dragging itself out of the crypt. It’s now been announced that NBC has decided the show, recently renamed Mockingbird Lane, needs a little bit of tinkering before it premieres, which isn’t a big shock. I’ll be surprised if this ever airs.

When word first emerged way back in November 2010 about Fuller’s revival of the classic ’60s sitcom, described as “Modern Family meets True Blood,” reaction ranged from uninterested to outraged. The project subsequently dropped from sight, leading everyone to believe that it had died a quiet “what were we thinking” death.

But in November 2011, we learned not only was Fuller’s monstrous Munsters pilot still alive, it even had a major director, Bryan Singer, attached. Granted, if someone has to be in charge of this misfire, Singer isn’t a bad choice. So, we gritted our teeth and shrugged.

Then, a couple of weeks ago, the cracks started to show when the decision was made that this bold new vision for the family of suburban monsters needed a new bold new title; The Munsters was changed to the evermore serious Mockingbird Lane, which sounds more like a Munsters spinoff than a Munsters reboot. Actually, the whole thing is beginning to sound more than a little like Being Human, itself a remake.

Now comes news that NBC has pushed the premiere of the hour-long pilot from fall 2012 to summer 2013…well, actually, the show will “be considered” for summer 2013. NBC is making no promises — red flag!

Those close to the series claim that NBC just wants the best for Mockingbird Lane. Variety reported unnamed sources as saying “NBC envisions [this] being a key project” and feels “the series needed more time to get the elements just right.”

While I’ve heard rumblings that the producers are having difficulties casting this show, I’m sure there are also issues with the overall edgy direction being taken. The truth is, there is no reason to reboot The Munsters, especially if you’re distancing yourself from the source material by changing the whole concept as well as the title.

Here’s an idea: Why not just fashion a brand-new show around the idea of monsters in suburbia and call it something else? Oh yeah, that’s now exactly what they’re doing. At this moment, I bet the producers are regretting ever calling Mockingbird Lane a reboot of The Munsters.