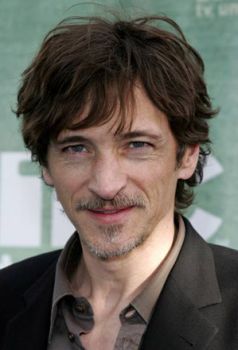 Okay, here goes. John Hawkes, one of the best character actors around these days, has agreed to star in Switch, a film based on Elmore Leonard’s 1978 crime thriller The Switch, which is the predecessor to 1992′s Rum Punch, which served as the source material for Jackie Brown, which is the 1997 flick that all the cool kids like to remind you is Quentin Tarantino’s undersung masterpiece, which, by the way, it totally is.

In Switch, set 15 years before Jackie Brown, Hawkes will play Louis Gara, the role played by Robert De Niro in Tarantino’s flick. Joining him will be Yasiin Bey (aka, the artist formerly known as Mos Def), who will play Ordell Robbie, the character who you may remember was portrayed by the artist still known as Samuel L. Jackson.

The plot of Switch finds Ordell and Louis getting mixed up in a kidnapping plot that goes horribly awry. Of course, it would be a disappointment if it didn’t. Nothing goes right for these guys and that’s a large part of the fun.

The screenplay for Switch was written by Dan Schechter, who will also direct. Schechter adapted the book without Leonard’s permission but, luckily, Leonard read his script and liked it enough to grant Schechter permission to go ahead. Leonard will produce alongside Ellen Goldsmith-Vein, Michael Siegel and Lee Stollman.

It will be a hoot seeing the younger incarnations of these two characters. Of the many delights Jackie Brown offers, the relationship of Ordell and Louis is one of the best. Watching the masterful Jackson and De Niro play off each other is a lot of fun. I hope Hawkes and Bey can match them. I would hate for Switch to be to Jackie Brown what Be Cool is to Get Shorty…which is an utterly awful follow-up to an absolutely wonderful film.