The Future of ‘Watchmen’ Is the Past 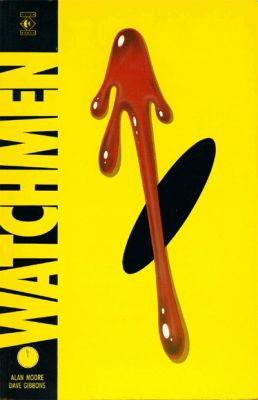 DC Entertainment announced it will launch a new series of Watchmen comic books this summer, a development that is sure to excite comic book fans and absolutely piss off Alan Moore.

Watchmen, the groundbreaking 1987 anti-superhero comic written by Moore and drawn by Dave Gibbons, is the best-selling graphic novel of all time and is considered sacred by comic geeks the world over. So, anything that involves this historic property touches many different nerves and provokes a complicated range of emotions.

The new series, Before Watchmen, will consist of seven interconnected titles focusing on the past exploits of each member of the Watchmen. This prequel series is being created by some of the biggest names in the comic book community, including Brian Azzarello, J. Michael Straczynski, Adam Hughes and Amanda Conner.

Each new issue will be released weekly and will include, aside from the main feature, a two-page backup story titled Curse of the Crimson Corsair, written by Len Wein and drawn by John Higgins, which sounds as if it shares a spiritual link to the meta-story Tales of the Black Freighter, which ran throughout the original Watchmen series.

Before Watchmen will include the following books:

While this might seem like heresy to hardcore Watchmen fans, DC Entertainment Co-Publishers Dan DiDio and Jim Lee see it as a way of keeping the Watchmen alive for future generations, saying, “It’s our responsibility as publishers to find new ways to keep all of our characters relevant. After twenty-five years, the Watchmen are classic characters whose time has come for new stories to be told.” Plus, there’s all that nasty new revenue to be generated.

Dave Gibbons, artist of the original Watchmen, is respectfully pragmatic about the decision to revisit the classic characters he created along with Alan Moore. “The original series of Watchmen is the complete story that Alan Moore and I wanted to tell,” Gibbons said. “However, I appreciate DC’s reasons for this initiative and the wish of the artists and writers involved to pay tribute to our work. May these new additions have the success they desire.” 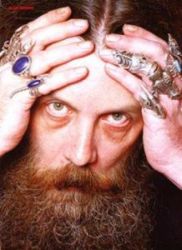 Of course, Moore feels exactly the opposite, calling DC’s new venture “completely shameless.” Moore and DC have been at odds for decades over what he calls “draconian contracts” pertaining to creator rights and merchandising issues. Moore has subsequently disowned the films based on his work, such as V for Vendetta, From Hell and Watchmen, neither allowing his name to be used nor accepting any compensation in relation to them.

Talking to The New York Times, Moore said, “I tend to take this latest development as a kind of eager confirmation that [DC Comics is] still apparently dependent on ideas that I had 25 years ago.” But Moore likely won’t try to reach an agreement with DC due to the publishing giant’s “infinite battery of lawyers.”

Moore thinks of his work as literature, as do his many fans, and doesn’t believe Watchmen needs new tales added to its narrative. “I don’t want money. What I want is for this not to happen,” Moore explained. “As far as I know, there weren’t that many prequels or sequels to Moby-Dick.”