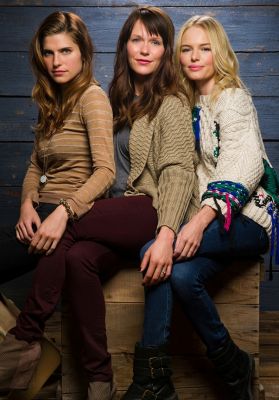 The 2012 Sundance Film Festival rolls on in full force. And amid all the hype surrounding deal-making and the discussion of alternative distribution paths, it’s easy to forget that there’s a crop of interesting movies on the slate and that’s what Sundance is really all about.

But over at my other home, Planet Fury, the film we’re most interested in this year is Black Rock, a flick that sounds like it was made for all the people that loved The Descent, but would’ve loved it more had it been directed by a woman (you know who you are).

A thriller that’s being described as a mix of Deliverance and Thelma & Louise, Black Rock was directed by Katie Aselton, written by Mark Duplass and stars Aselton, Kate Bosworth and Lake Bell as lifelong friends who go camping on an isolated island off the coast of Maine, where old tensions arise, bad decisions are made and the three women find themselves fighting for their lives.

I admit, the synopsis seems somewhat familiar, but what makes Black Rock so intriguing is its pedigree. Aselton and Duplass, who are married, come from the world of mumblecore, the American independent cinema movement that arose organically at the turn of the century as a response to the studio hijacking of ‘90s indie film.

Duplass, along with his brother Jay, was one of the leading lights of mumblecore, along with Joe Swanberg and Andrew Bujalski. The Duplass brothers broke through (relatively) with the 2005 ramshackle slacker comedy The Puffy Chair, which starred Mark Duplass and Katie Aselton.

As happens with all rebellious movements, the leaders of mumblecore eventually grew up and many have now infiltrated the establishment. Duplass and Aselton are better known currently for their more commercial projects, such as the FX series The League, itself a rather rebellious sitcom in which Aselton steals most every scene. But they have also continued making small, personal films that manage to incorporate the indie ethos even as they employ (slightly) bigger budgets and better-known actors. 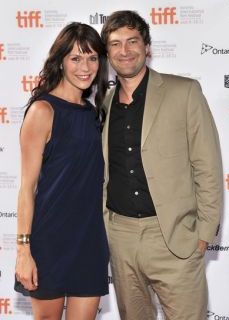 While Duplass has written and directed several flicks in a variety of genres, Aselton had directed only one before Black Rock, an indie-leaning sex comedy called The Freebie. Nothing in either of the pair’s backgrounds really hinted at a down-and-dirty thriller, and that’s what makes Black Rock so interesting.

With a midnight screening that was labeled “explosive,” the flick is getting a lot of attention. It’s been called “taut” and “muscular,” and Duplass’ screenplay has been praised for being “ruthlessly efficient.” And news broke this morning that the North American and foreign distribution rights for Black Rock have been acquired by LD Entertainment and Elle Driver, respectively. So, the future looks pretty good for this little film that could.

It seems silly, but I continue to be amazed at the way Sundance has changed since it began. What started as a celebration of truly independent cinema — featuring films made by and starring unknowns — has morphed into a feeding frenzy where major studios bid for the distribution rights to movies made by and starring well-known commodities.

Among the directors with films at this year’s fest are heavy-hitters like Spike Lee and Stephen Frears. I know it’s a tough showbiz world out there and everyone needs a break these days, but the appearance of these filmmakers at Sundance just seems wrong somehow. Yes, I know they both have independent roots, but those days are long ago and far away. Sadly, this is the nature of the entertainment industry beast.

Maybe that’s why we’re so excited that the movie we’re crushing on comes from a couple of filmmakers that haven’t completely lost touch with their independent spirit. We hope Duplass and Aselton hold on to it as long as they can.