‘The Crow’ Prepares to Fly 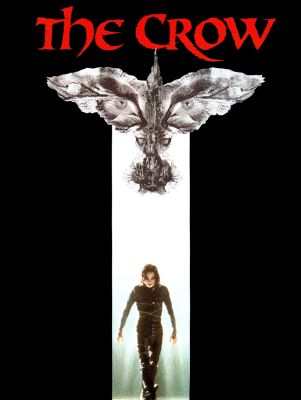 Just when it appeared The Crow would never again take flight, the wind has shifted and the remake of the 1994 cult favorite is now preparing to fly.

After several personnel shakeups and various legal difficulties, The Crow is nearly ready to take wing. With F. Javier Gutierrez signing to direct a script by Jesse Wigutow, almost all the pieces are in place. All that’s missing is, well, the Crow.

If ever a franchise seemed cursed, it’s this one. We all remember the sad circumstances surrounding the production of the original film, during which actor Brandon Lee died tragically after being shot with a faulty prop gun. This heartbreaking misfortune saw The Crow followed by several substandard sequels, which, in Hollywood is almost a fate worse than death.

Miraculously, the powers that be (namely, production house Relativity Media) decided to resurrect The Crow. But as the reboot started to get its wings last year, the production became mired in lawsuits with The Weinstein Company, which claimed it held exclusive distribution rights to the series. Of course, Relativity Media countersued and the project ground to a halt. Finally, that dispute was settled “amicably out of court” (read: someone got paid) and the launching pad appeared clear.

Then, The Crow had its wings clipped once again due to problems with actors, writers and directors. For a while, it looked like Bradley Cooper would star in a version written by Alex Tse (Watchmen) and directed by Juan Carlos Fresnadillo (28 Weeks Later). But Cooper left to explore darker pastures, which stopped the flick again.

Now, with a director and screenwriter in place, all that’s needed is a leading man. It’s rumored that Ryan Gosling, Channing Tatum and Mark Wahlberg are in talks for the role and I’m sure they’d be fine (well, maybe not Wahlberg), though I think Gosling would be best. But while Gosling’s name is avian in nature, The Crow seems a little out of his wheelhouse.

Ooh, maybe it’s time for a game of speculative casting! C’mon, let’s see if we can help the producers out. I know you have opinions. Who do you think should play the Crow?