The Asylum Emancipates Insanity in ‘Abraham Lincoln vs. Zombies’ 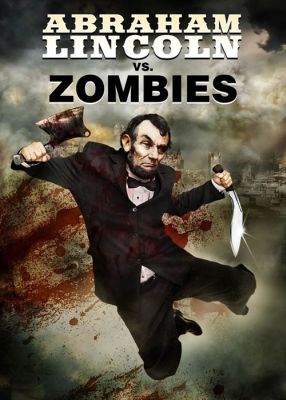 Those inmates running The Asylum stopped taking their medication long enough to choose their next target, and it’s a good one.

As you know, we’re big fans of The Asylum, who are essentially the Weird Al of film production houses. They take on big-time, legitimate blockbusters or proven moneymakers and grind out a version with a slightly altered title and a batshit crazy story (examples include the Thor knockoff Almighty Thor and the Paranormal Activity knockoff Paranormal Entity).

Of course, this time, the movie being mocked already has a batshit crazy story, so it will be interesting to see how insane Abraham Lincoln vs. Zombies turns out. The official synopsis is actually pretty tame as these things go: “While the brutal Civil War rages on, Abraham Lincoln must undertake an even more daunting task; destroying the Confederate Undead!”

Moviehole got its paws on The Asylum’s casting breakdown for their latest epic. Perhaps we can ferret some clues from it:

[ MARY TODD ]
45-50; Female Caucasian First lady of the White House and Abe’s wife. Please reference the google photo attached as we are looking for talent that matches Mary Todd.

[ STONEWALL JACKSON ]
40; Male Caucasian Haggard with dark hair and a bushy beard. Has only one arm. General in the great Army of the Confederacy. Please reference attached photo before submitting.

[ THOMAS LINCOLN ]
30′s; Caucasian Male. Father of Abraham Lincoln. Strong and loving family man. Please see google link to photo of him and submit those who look like him in his 30′s

Hmmm, besides the fact that this list appears to have been rushed out before being proofread, we can assume there will be flashbacks to Abe’s childhood. And there are a couple of roles for actresses of a certain age; that’s nice. Oh, John Wilkes Booth is involved — that cannot bode well for our hero. Also, Confederate general Stonewall Jackson could be an undead hoot; they’re casting him with one arm, so he apparently enters the story after the Battle of Chancellorsville.

I suppose I’m being a little too literal here. The Asylum cares not for historical accuracy — we learned this from Titanic II. Though I think it’s safe to say The Asylum expects good things for Bekmambetov’s forthcoming adaptation of author Seth Grahame-Smith’s historical revisionist parody. Why else parody it?

The Asylum might not respect history, but The Asylum does respect the almighty dollar. Actually, that’s about all The Asylum respects. And thank god for that. Otherwise, we wouldn’t have the wonderful gifts they bestow.