‘The Exorcist’ to Tread the Boards 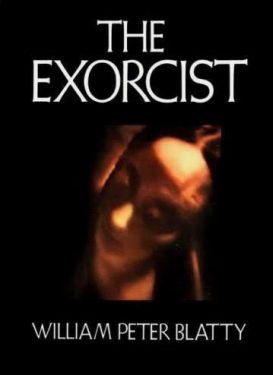 It’s become pretty common these days to turn scary movies into theatrical shows. It’s been done several times over the years with varying degrees of success.

Now, in the shocking tradition of Evil Dead: The Musical, Re-Animator: The Musical and Legally Blonde, the film often regarded as the greatest horror movie ever made — that’s right, The Exorcist — is making the jump to the stage. But you can relax; it’s not a musical.

Actually, the stage production is taking its cues more from William Peter Blatty’s 1971 novel than from the infamous 1973 film adaptation. John Pielmeier, who penned the popular 1979 play Agnes of God, is writing the show. Rather than focus strictly on the demonic angle, Pielmeier’s look at possession will also explore the psychological aspects and questions of faith. But if that sounds a bit dry, don’t worry. There should be plenty of terror for everyone.

To that end, the show’s director, Tony award winner John Doyle, has hired an ideal special effects coordinator. Handling all the spooky pea soup exorcism gags will be Teller, illusionist supreme and quiet member of the off-the-wall magical duo, Penn & Teller. Teller has done this before to good effect. When he worked on the ghostly off-Broadway production of Play Dead, the theater warned those who were “claustrophobic, nyctophobic [afraid of the dark], subject to panic attacks” would do well to skip the show.

The Exorcist is set to open at the Geffen Playhouse in Los Angeles on July 3, 2012. If you’re interested, I compel you to get tickets now. It’ll be a miracle if it doesn’t sell out fast enough to make your head spin.

This article was posted in Other Awesome Stuff and tagged Agnes of God, Geffen Playhouse, horror, John Doyle, John Pielmeier, Legally Blonde, Other Awesome Stuff, Penn & Teller, Play Dead, Re-Animator: The Musical, Slammed & Damned, Stage Play, Teller, The Evil Dead: The Musical, The Exorcist, Theron Neel, William Peter Blatty. Bookmark the permalink. Follow comments with the RSS feed for this post.Trackbacks are closed, but you can Post a Comment.