‘American Psycho’ Getting the Reboot Treatment 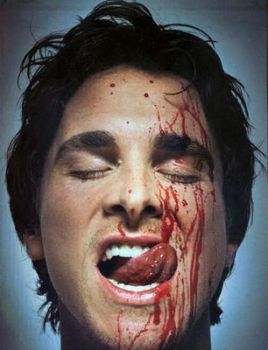 In today’s fast-paced, concept-destitute filmmaking world, 10 years is more than enough time to justify the remake of a popular film. And in checking my calendar, I see it’s been almost 12 years since American Psycho came out — so what the hell, Hollywood? What? You’re on it? Well, okay then.

Lionsgate, which holds the remake rights to American Psycho, is planning on whipping out an ultra-low-budget reboot of Mary Harron’s now-classic adaptation of Bret Easton Ellis’ controversial 1991 novel. Noble Jones, who’s directed music videos, documentaries, commercials and second unit material for David Fincher, is hoping to make his feature debut with the project.

Jones has written a script that updates the original by taking the titular psycho, Patrick Bateman, and placing him in today’s world. How does a psycho killer react to the current financial unrest? Does he go after those pesky Occupy Wallstreet protestors in a way that would make Frank Miller proud? If so, is he perceived as a hero à la Taxi Driver? I dunno, but it looks like we’ll find out, because Lionsgate is pretty jazzed about it.

And, no, this flick has nothing to do with the 2002 direct-to-video sequel, American Psycho II: All American Girl, which wasn’t very good, but did offer the chance to watch a psychotic Mila Kunis kill William Shatner. Any movie that delivers that can’t be all bad.