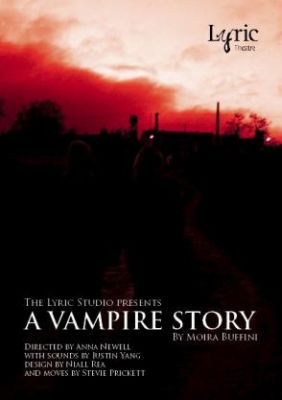 Irish filmmaker Neil Jordan first came to prominence with genre films such as The Company of Wolves, High Spirits and, most famously, the big-screen version of Anne Rice’s Interview with the Vampire. Though it’s been several years since he last made a scary movie, it seems Jordan has found another tale of terror to tell.

Jordan is gearing up to shoot Byzantium, which is based on a play for young adults by Moira Buffini called A Vampire Story, about two women who arrive in a small British town and may or may not be vampires.

A Vampire Story was written in 2008 in connection with London’s National Theatre Connections program, wherein successful playwrights are commissioned to deliver plays for performance by youth groups at festivals all across the U.K.

Byzantium was adapted by Buffini, but there’s no word so far on how closely the flick will follow her play, which examines the impact of the mysterious pair of young women on the community. Are they sisters, or are they mother and daughter? After hitting town, one of the ladies gets a job at a pub and the other enrolls in high school, where she confesses that she’s over 200 years old and survives by drinking blood. Is she crazy, or is she really a vampire? Only her mother/sister knows for sure.

With its teen vampire angle, it’s no surprise this project is getting made. Hopefully, Byzantium will be more Let the Right One In and less Twilight. In any case, Jordan seems a good fit for the material. A recurring theme of his work is unconventional close relationships, and Byzantium should fit nicely alongside other Jordan flicks like The Crying Game and Interview with the Vampire.

This article was posted in Other Awesome Stuff and tagged A Vampire Story, Anne Rice, Byzantium, Caleb Landry Jones, Control, Gemma Arterton, Hanna, High Spirits, Interview with the Vampire, Let the Right One In, Moira Buffini, Neil Jordan, Other Awesome Stuff, Sam Riley, Saoirse Ronan, Slammed & Damned, Tamara Drewe, The Company of Wolves, The Crying Game, Theron Neel, Twilight, X-Men: First Class. Bookmark the permalink. Follow comments with the RSS feed for this post.Trackbacks are closed, but you can Post a Comment.