Hammer Films, the renowned British horror house, has been on the comeback trail lately, and it’s been pretty successful so far. Now, word comes down that Hammer has taken its next step in its bid for modern-day relevancy, and it sounds fantastic…or, more specifically, fantastical.

It was revealed in a press release today that Hammer Films, in partnership with Cross Creek Pictures, has obtained the film rights to Cherie Priest’s highly regarded steampunk/zombie mashup, Boneshaker. The flick will be written by WGA Award nominee John Hilary Shepherd, best known for his work on Showtime’s Nurse Jackie.

According to Publisher’s Weekly, Boneshaker is “set in an alternate 1880s America [where] mad inventor Leviticus Blue is blamed for destroying Civil War–era Seattle. When Zeke Wilkes, Blue’s son, goes into the walled wreck of a city to clear his father’s name, Zeke’s mother, Briar Wilkes, follows him in an airship, determined to rescue her son from the toxic gas that turns people into zombies (called ‘rotters’ and described in gut-churning detail).”

Released in 2009 by Tor Books, Boneshaker was nominated for a 2010 Hugo Award for Best Novel and won the 2010 Locus Award for Best Science Fiction Novel. It was also named Steampunk Book of the Year by steampunk.com. Even living legend and mad curmudgeon Warren Ellis says Boneshaker is a “hollering, stamping, crackling thing [that’s] the best fun you’ll have with a book all year.”

President and CEO of Hammer, Simon Oakes, calls Boneshaker “a classic zombie movie with a modern twist which is quintessentially Hammer, so it’s a perfect fit for us . . . It’s like Jules Verne meets Resident Evil, and we’re thrilled to have such a fun, commercial potential franchise in Boneshaker.”

A franchise should be easily doable since Boneshaker is the first in a five-book series by Priest, all set in the same alternate universe, dubbed “The Clockwork Century.” 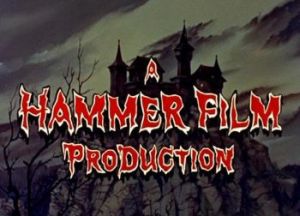 Hammer began its slow crawl back to significance with the 2010 release of Let Me In, the successful English-language remake of Let the Right One In. Coming soon is the sure-to-score Daniel Radcliffe gothic mystery, The Woman in Black, due in theaters next February.

Of course, movies featuring vampires and old dark houses are right up Hammer’s alley. Steampunk zombies, however, are a bit out of the classic U.K. fright factory’s wheelhouse. In fact, I don’t think Hammer has tackled the walking dead since The Plague of the Zombies way back in 1965. But given the current popularity of this subgenre, I think Hammer has chosen well for its next flick, especially if the public’s fascination with steampunk continues to grow.

It’s great to see Hammer Films coming back to life. This beloved institution reigned supreme in the 1960s but sadly lost its way in the ‘70s. To be fair, so did most everyone. Hopefully, Boneshaker will help Hammer extend its winning streak at least a little while longer.