Ken Russell Has Left the Planet 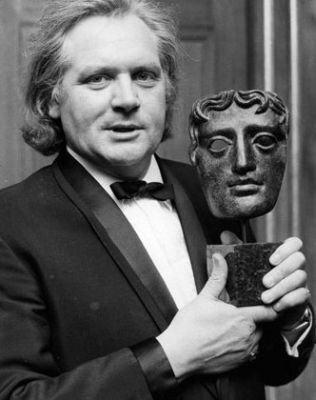 Legendary British filmmaker Ken Russell, the notorious director known for boundary-pushing films such as Women in Love, Altered States and The Devils, has died at 84 following a series of strokes.

For an artist who’s been called an iconoclast, a maverick and a genius — one with a professed love for consciousness-altering drugs — Russell (born July 3, 1927) got his start in a fairly conventional manner. Following a stint in the service, Russell worked as a photojournalist to minor acclaim before going to work at the BBC as a director in 1959.

While at the BBC, Russell made a series of historical documentaries, still regarded as impressive for their impressionistic visual technique. This is the beginning of the flamboyant style that became synonymous with the name Ken Russell. Many of these television films focused on renowned composers, including Edward Elgar, Richard Strauss and Claude Debussy. Interestingly, this is subject matter Russell would return to often over the course of his career.

Russell broke into features films with the 1964 release of French Dressing, a poorly received comedy inspired by And God Created Woman. He followed this in 1967 with Billion Dollar Brain, an entry in Michael Caine’s Harry Palmer spy series.

It wasn’t until 1969’s Women in Love that Russell came up with a winner. Based on the D. H. Lawrence novel, Women in Love was an extremely divisive mainstream flick and, due to its preoccupation with offbeat sexuality and class struggles, a perfect project for Russell. Known for the controversial scene showing Alan Bates and Oliver Reed wrestling nude, Women in Love still managed to receive a wide release and earn several Oscar nominations, including Best Director and Best Cinematography (an Academy Award for Best Actress eventually went to Glenda Jackson).

In 1970, Russell returned to his early work by releasing The Music Lovers, an impressionistic biopic on the life of Tchaikovsky that was, of course, controversial for alluding to the composer’s repressed homosexuality. Russell made several other films about composers and artists, including 1974’s Mahler, with Robert Powell as Gustav Mahler; 1975’s Lisztomania, with Roger Daltrey as Franz Liszt; and 1972’s rarely seen Savage Messiah, based on the life of French sculptor Henri Gaudier-Brzeska. Over the years, Russell often referred to Savage Messiah as the best film he ever made.

Another great “lost” Russell film is 1971’s The Devils, starring Oliver Reed and Vanessa Redgrave. Based on Aldous Huxley’s historical novel The Devils of Loudon, and incorporating sections of John Whiting’s 1961 stage production, The Devils remains one of Russell’s most infamous films.

In 1975, Russell shot one of his most popular flicks, the cinematic adaptation of the Who’s rock opera Tommy. Starring Ann-Margret, Roger Daltrey and Jack Nicholson, and filled with cameos from such legendary musicians as Eric Clapton, Elton John and Tina Turner, Tommy was a groundbreaking film that, for better or worse, helped pave the way for the next generation’s MTV.

Entering the 1980s, Russell refined his visual style and did some of his strongest work, much of which had literary foundations, including the hallucinogenic thriller Altered States, based on Paddy Chayefsky’s novel; Gothic, based on the creation of Mary Shelley’s Frankenstein; and the wonderfully freaky The Lair of the White Worm, a very loose adaptation of a Bram Stoker novella. Russell closed the ‘80s with The Rainbow, a nicely realized version of D. H. Lawrence’s prequel to Women in Love.

In a contemporary homogenized filmmaking environment where vision and genius are often discouraged, Russell was a fallen giant. Truthfully, he could have only existed and thrived when he did: in the ’60s and ’70s. Personally, I’m surprised by the strength of his work in the ’80s, which was not a generation known for its tolerance. If he’d come up in today’s industry climate, he likely wouldn’t have been allowed to fulfill his vision.

This theory is borne out by the career of Terry Gilliam, the closest thing we currently have to a Ken Russell. Of course, Gilliam is somewhat tamer than Russell, yet he still can’t manage to do what he wants. While it’s sad Russell is dead, as an artist who followed the maxim “art is sex; everything else is propaganda,” he’s probably glad to be gone.

Rest in peace, Ken. It’s high time you explored other opportunities. But, believe me, you will be missed.