Finally, the First Full Trailer for ‘The Hunger Games’ 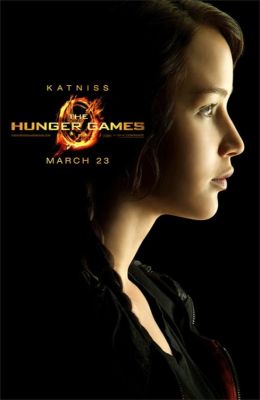 It’s fair to say The Hunger Games is one of the most anticipated movies of the year, and the producers of the film know it.

So far, the flick’s marketing team has leaked posters, fancier posters, set photos, viral marketing ploys and a teaser trailer, but none of those have truly been able to communicate what The Hunger Games really is.

But now, we at long last have a full-length trailer that offers an increasingly eager audience a peek at director Gary Ross’ cinematic version of the world first imagined in Suzanne Collins’ series of best-selling novels. And I have to say, it appears fairly compelling.

I know nothing of The Hunger Games except it’s really freaking popular. I’d never heard of it before the movies were announced, but I’ve gotten an earful since. Because of my ignorance, I’m a perfect test subject for this film.

Admittedly, before seeing the trailer, I was fairly dismissive of the whole phenomenon. When the books were described to me, my first thoughts were that they sounded like a riff on The Running Man or Battle Royale…but, you know, for kids. And now that I’ve seen the trailer, I suppose I was right. But that doesn’t make the film any less valid, because it looks pretty good.

Ross has fashioned quite a full world here. Everything from lush forests to futuristic cityscapes has been created for the attractive young cast to inhabit and fight for their lives. Dystopian sci-fi has never looked prettier. 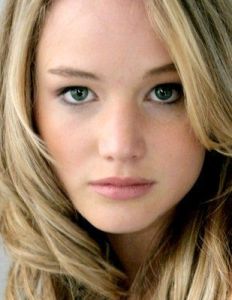 Let’s talk about that cast for a minute. The Hunger Games is filled with wonderful actors, including Jennifer Lawrence as Katniss Everdeen, the girl who volunteers to fight in order to save her younger sister from almost certain death. Lawrence is one of the hottest young talents on the scene and, arguments about her racial suitability for the role aside, this flick should provide an exciting chance to let her show her range.

Also starring are Liam Hemsworth as Gale Hawthorne and Josh Hutcherson as Peeta Mellark, two friends of Katniss. Appearing in the trailer, yet almost unrecognizable, are Elizabeth Banks as Effie Trinket (that is Elizabeth Banks, right?) and Woody Harrelson as Haymitch Abernathy (awesome character names both, by the way).

I have to say, teen films have come a long way since I was a lad. There really wasn’t a separation between kid movies and teen movies back in the day — there were movies for kids and films for grownups, with some of those veering younger. I guess the closest thing kids of my generation had to The Hunger Games was the R-rated A Boy and His Dog, based on a story by the legendary Harlan Ellison. I can’t say for sure, but I’m willing to bet that Ellison’s story is better, but it’s almost certain The Hunger Games will be the superior film (even without bare breasts).

So, if you are on pins and needles waiting for the March 23, 2012, release of The Hunger Games, this trailer should help get you excited. If you aren’t but are maybe a little curious, this trailer should give you an idea of what has the kids so excited. After finally getting a glimpse into this extremely popular world, it appears the kids are all right…except Katniss. She has a bitch of a time coming her way.

This article was posted in Other Awesome Stuff and tagged A Boy and His Dog, Battle Royale, Elizabeth Banks, Gary Ross, Harlan Ellison, Jennifer Lawrence, Josh Hutcherson, Liam Hemsworth, Other Awesome Stuff, Slammed & Damned, Suzanne Collins, The Hunger Games, The Running Man, Theron Neel, Woody Harrelson. Bookmark the permalink. Follow comments with the RSS feed for this post.Trackbacks are closed, but you can Post a Comment.