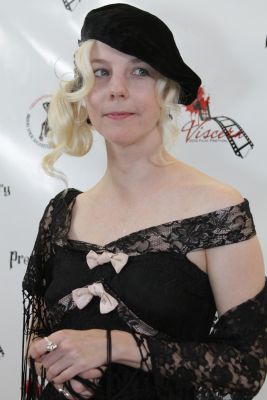 A conversation with filmmaker Devi Snively is its own beast. It whips around wildly, to and fro, from subject to subject, like a snake whose head has been detached. But unlike that poor snake, there’s always a keen intelligence at play.

During a typical chat, myriad eclectic references — from politics and literature to microbiology, music and, yes, even film — fly by at an exasperating pace, accompanied by an ever-present sly sense of humor. It’s a vastly entertaining, yet slightly exhausting experience.

Luckily, when I contacted Devi last week for Planet Fury’s Halloween Memories series, I was able to set the parameters of our dialogue. We would be talking about Halloween. Just Halloween. And only Halloween. Let’s see how that went, shall we?

We’re discussing Halloween Memories today, Devi. I was just talking to a friend who doesn’t enjoy Halloween. How about you? Are you a Halloween person?

In my world, “Everyday is Halloween,” a quick nod to Ministry. However, I’m glad there is a designated day on which others also partake of the Danse Macabre. Now we’ve just got to get them on board for the other 364 days of the year.

Perhaps this chat will aid in that goal. Now, it’s time to dig deep. Can you share a particularly memorable childhood Halloween memory?

Okay, I realize I’m not following directions at all here, but my childhood Halloween memories are mostly all puppy dogs and rainbows. Can I share a Halloween-esque Easter one?

[Laughs] That didn’t take long. Sure, go right ahead. 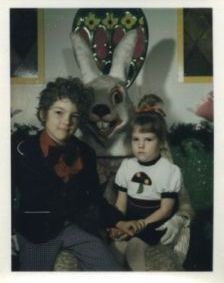 I assure you it’s far more terrifying. Check out this photo [at left]. That’s me with the horrified look on my face, with my older brother, forced to sit on the lap of a maniacal bunny. Now that’s freakin’ scary…and probably why I have a nice bunny dinner every Easter. Take that, Mr. Fuzzy Pants!

But, if you’re gonna be a purist about actual Halloween anecdotes…

Well, it is a Halloween article, so…

It was around Halloween time and I couldn’t have been more than 8 or so. My older brother was left in charge and decided to ignore my parents’ rule about no scary movies — a doctor had “diagnosed” me with an “over-active imagination” and suggested such stimuli was a bad idea. They were running a Twilight Zone marathon and we stayed up late to watch. It was the “Talky Tina” episode — you know the one: she walks, she talks, she kills? (Editor’s note: “Living Doll,” season five, episode 126, November 1963.)

[Laughs] “My name is Talky Tina and I’m going to kill you.” A classic!

Needless to say, my imagination was indeed running in over-activity mode. And to make matters worse, the next day mum decided to treat me with a special gift: one of her favorite dolls from her childhood — d’oh!

Of course, it was the spitting image of Talky Tina. That thing scared the crap out of me, but I was so afraid to insult it that I treated her super-nice, letting her [gulp] sleep in my bed and anything else I thought might please her — I may have done her taxes.

I finally got up the courage to ask mum to please take her back. I don’t know where mum hid her, but the idea she was still somewhere in the house haunted me for years. 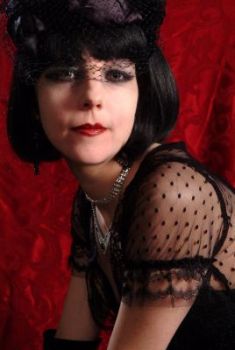 [Laughs] She’s still there, Devi! Waiting! Man, this conversation explains so much. Okay, this should be less traumatic. What was your favorite Halloween costume as a kid?

You can not stay on task. Sure, go for it.

Honestly, my costumes as a child were utterly innocuous and for some odd reason often Christmas-themed — I was a Christmas tree one year. Don’t ask me why. But my fave “adult kid” costume was with my partner when we went as “Undead Sid and Nancy.”

Nice! Not that different from “Living Sid and Nancy,” but…

Much to my extreme embarrassment now, I actually won some major JCPenney-sponsored contest dressed as Little Orphan Annie one year. That’s pretty scary. Somewhere, I imagine the ‘rents still hold valuable blackmail photos of this. That thought haunts me to this very day.

Okay, let’s do the big one: What are your top three horror flicks, and why?

Okay. First, The Wizard of Oz, the first scary movie I ever saw and my favorite film throughout my childhood. I suspect it was the opening of my personal Pandora’s Box, showing me the joys of the dark side with the occasional song and dance number.

Unusual choice, but I’ll allow it. You know, witches and all. Now, your second choice.

Rosemary’s Baby. It’s hard to settle on just one Polanski film and call it my favorite, but for today I’ll say Rosemary’s Baby because it’s the kind of cinematic storytelling I aspire to achieve, however quixotic that dream may be. [The film] combines brilliant social commentary in a chilling, yet utterly sardonic fashion, with stunning cinematography, brilliant performances — ah, Ruth Gordon; how I love thee — and that inimitable Polanski style. 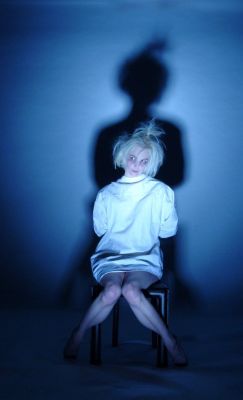 Agreed, though I might’ve gone with Repulsion — ah, Catherine Deneuve; how I love thee. All right, last one.

Eeny, meeny, miny, moe — Suicide Club or An American Werewolf in London. Really? I can only pick one?

Sheesh, you are incorrigible! Whatever. I’ve lost all control of this interview anyway.

Okay, you pick it. I’ll give you my reasons for both and let you make the call.

Suicide Club — I’ve shown this one in my horror class endless times and, years later, students still write to me about it. It’s a movie that sticks with you and poses endless questions with repeat viewings. It’s hypnotic, seductive, tragic, terrifying, philosophical, surreal and utterly disturbing. And yet, by the end I always feel oddly uplifted. This movie is pure magic, and [writer/director] Sion Sono is a masterful magician. I find myself repeatedly lured into his Technicolor world as though he were a kindly old woman in a gingerbread house and I a starving child lost in the woods. He can plump me up all he wants and I’ll jump in his oven any day.

Hmm, impassioned, persuasive and a tad disturbing. Next?

An American Werewolf in London — This is my perfect storm of comedy, horror, tragedy and romance. I love the tone, the world, the FX, the absurdity and the utter humanity. This movie is a love letter to the Universal monster movies and the ‘80s, two things near and dear to my heart.

This movie helped me embrace my inner deviant and start wearing it on my sleeve along with my bleeding heart. My dry cleaning bills are ghastly, but it’s worth it.

This article was posted in Interviews and tagged An American Werewolf in London, Catherine Deneuve, Devi Snively, Halloween Memories, Interviews, Ministry, Planet Fury, Rosemary's Baby, Ruth Gordon, Sion Sono, Slammed & Damned, Suicide Club, The Twilight Zone, The Wizard of Oz, Theron Neel. Bookmark the permalink. Follow comments with the RSS feed for this post.Trackbacks are closed, but you can Post a Comment.