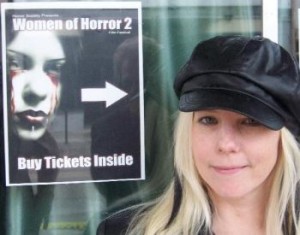 Filmmaker Devi Snively has been out of the limelight lately, but that doesn’t mean she hasn’t been busy.

Although it’s been about a year since Snively’s most recent effort, the striking horror noir short Last Seen on Dolores Street, the writer/director has been anything but static. Truth be told, Snively is never still; the woman is absolutely indefatigable. She always has several irons in the fire. And, now, one of those irons is really starting to heat up — it even has its own website and teaser trailers.

Paige & Hadley’s Prom From Hell is the latest project from Snively and her team of deviants at Deviant Pictures. This new feature hasn’t gone into production yet, but it’s getting quite a bit of attention from several parties. “Prom From Hell is on a development roller coaster,” Snively tells me, “but the current status is we have some of our team in place, some interested financiers and some possible co-producers we’re flirting with. Still, these things could all turn around and [the film’s] real fate might lie elsewhere.”

Described by Snively as a “thinking girl’s slasher film,” Paige & Hadley’s Prom From Hell is the story of two punk chicks, circa 1987, who get pulled into a ghostly murder mystery. The two misfits constantly have to put up with crap from parents, jocks, cheerleaders and teachers — and as if high school wasn’t bad enough already, now there’s a killer loose on Paige and Hadley’s campus. Horror of horrors, it’s looking like the only way for them to solve the case and save some lives is to, gulp, actually attend the prom. 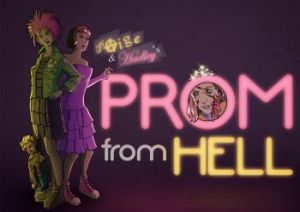 “I originally wrote the script in five days several years ago,” Snively says. “At the time, I think I was just purging myself of any residual high school trauma still floating around my psyche — a cinematic enema for the soul if you will. It was more of a parody along the lines of Airplane back then, but it didn’t really have anything to say. So, I immediately shelved it.”

Then, a couple of years ago, Snively reconsidered. “I really adored a few of the characters, and though the story was seriously flawed, the world utterly engaged me,” she says. Thinking she might have something worth saving, Snively brought aboard regular co-conspirator Circus-Szalewski to help her retool the script.

Since then, Prom From Hell has been through several incarnations. “Somewhere in the process, it’s turned into something I never could have imagined. It’s got shades of Heathers and a healthy nod to An American Werewolf in London, though it’s still very Deviant. One producer even proclaimed, ‘John Hughes with a body count — I love it!’”

As we’ve come to expect from Snively, this project is almost completely different from anything else she’s done. And though as a “high school movie,” it might seem rather trite at first glance, there’s something deeper mulling about beneath the surface, as usual. 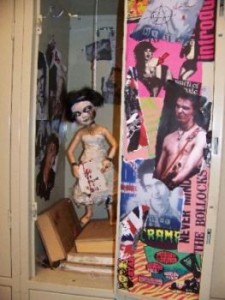 “My latest obsession is fear,” Snively says. “Not my own, but that of others. People are afraid to live for real. They’re afraid to voice an opinion. They’re afraid to find out who they really are and be true to it. This saddens me. Fear only breeds more fear, I find. I know, I tried it for a spell.”

“Prom is about how living ‘safely’ is the most dangerous risk of all,” she continues. “If you back yourself into a cage, you’re stuck there with no way out; you can merely see what you didn’t have the courage to face. With Prom, I want to celebrate the road not taken while demonstrating that people in cages come in all shapes and sizes — sometimes she’s even the rebel chick with the purple spiky hair who seems to be doing her own thing.”

So far, the script has placed in 13 screenplay competitions (including Slamdance and the Sundance Screenwriters Lab)  and has received glowing feedback from all who’ve encountered it. I read a solid draft myself last year, though it seems to have been revised extensively since then. But, as any writer will tell you, writing is rewriting. “We’re still tinkering with some minor issues in the second act,” Snively says, “which should be resolved in an upcoming writers lab I’m diving into with a new mentor. And I’m currently workshopping some scenes with actors as part of a directing workshop I’m in.”

Sadly, it might be a while until we see Paige & Hadley’s Prom From Hell proper (“such is the nature of the indie filmmaking beast,” Snively sighs), but until then, we can enjoy those teasers, shot last spring. “We found some great local cast and worked with several key players who will help us with the feature,” Snively says. “The first teaser is up at our website [and embedded below]. It was amazing seeing the characters and world come to life after all being confined to the world in my head for so long.”

Snively is so enthralled with the world she’s created, she’s considering developing a Paige & Hadley series. “I rolled my eyes when encouraged by some producers to consider knocking out some sequels, but then ideas started creeping in,” she says. “Prom From Hell ends with high school and I’ve always wanted to write about my wacky years at Sarah Lawrence College. This free-spirited, artsy environment — Yoko Ono went there, so do the math — hosts a world of opportunities for ghosts and slashers. I loved how Joss Whedon let Buffy and the gang actually grow up, go to college and face real adult challenges. I’d love to help Paige and Hadley grow up as well. Then maybe one day, I can too!”