2001: Beyond the Infinite – The Making of a Masterpiece (UPDATED) 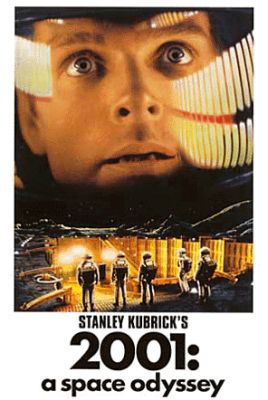 When talking about 2001: A Space Odyssey, Stanley Kubrick described what is perhaps his greatest film as “basically a visual, nonverbal experience [that] hits the viewer at an inner level of consciousness, just as music does, or painting.” When critics, cineastes and hardcore sci-fi geeks discuss it, they usually refer to 2001 as one of the best, most significant movies ever made.

But what of its making? From conception to release, 2001: A Space Odyssey had a production time of four years, during which boundaries were broken, creative and scientific leaps were made, and innovative special effects technology was developed. Surely there’s a story behind the scenes of one of the 20th century’s major cinematic achievements. Doesn’t the creation of one of cinema’s most influential films deserve a movie of its own? Of course it does. Luckily, Douglas Trumbull, the man most suited to make this film, agrees.

Trumbull was a young effects artist when, unsolicited, he approached Kubrick in the mid-1960s about the director’s upcoming science fiction flick. The ballsy Trumbull was hired onto the 1968 masterpiece as a special photographic effects supervisor, his first major credit, and in the years since has had a rich career as the visual effects supervisor on classics such as Close Encounters of the Third Kind and Blade Runner, as well as the director of the cult sci-fi favorite Silent Running. But now, over 40 years later, Trumbull is returning to where he began, developing a documentary called 2001: Beyond the Infinite – The Making of a Masterpiece.

After nine years of research, Trumbull is teaming with co-director David Larson to deliver “a documentary that really tells the story of the creation of 2001, not just the technical story but the human story, the personal story, the experiences of people who interacted with Kubrick that is really true to the style and look of 2001: A Space Odyssey.”

Trumbull has gathered “just incredible stuff” from the making of 2001, including behind-the-scenes production photos, conceptual designs, interviews and perfectly preserved Ektachrome transparencies of the film’s major sets. When combined with a green screen, these transparencies will allow a groundbreaking, in-depth look at the creation of Kubrick’s magnum opus.

A preview of 2001: Beyond the Infinite – The Making of a Masterpiece came out almost a year ago but there’s been no word on the doc since then, so I have no idea when it will be released. But I’m betting Trumbull will eventually deliver, to quote “alien David Bowman,” something wonderful.

I received an email from Doug Trumbull (see comments) telling me this project has been canceled. He asked me to remove the trailer, saying Warner Bros. could sue me. The trailer is gone, but Trumbull really needs to get the clip off YouTube, which is where I got it.

This article was posted in Other Awesome Stuff and tagged 2001: A Space Odyssey, 2001: Beyond the Infinite – The Making of a Masterpiece, Blade Runner, Close Encounters of the Third Kind, David Larson, documentary, Douglas Trumbull, Other Awesome Stuff, Science Fiction, Silent Running, Slammed & Damned, Stanley Kubrick, Theron Neel. Bookmark the permalink. Follow comments with the RSS feed for this post.Trackbacks are closed, but you can Post a Comment.