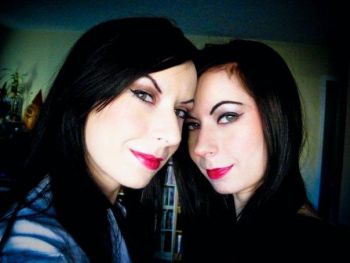 Jen and Sylvia Soska, those lovely and talented and twisted twins from the Great White North, have released the teaser poster for American Mary, their follow-up to the gnarly and warped and awesome Dead Hooker in a Trunk. They’ve also finally released a little info on this most mysterious of projects.

The one-sheet, designed by the wretchedly gifted CJ Wallis, features an eerie image of Paula Lindberg, the actress who appeared as Ruby RealGirl in the haunting American Mary teaser trailer.

You might have noticed that the word most often used in this article is “teaser.” That’s because the Soskas have been pretty good at keeping American Mary’s secrets, which I believe to be many, although a few have slipped out.

It has been discovered that American Mary is “the story of a medical student named Mary who is growing increasingly broke and disenchanted with medical school and the established doctors she once idolized. The allure of easy money sends a desperate Mary through the messy world of underground surgeries which leaves more marks on her than the so-called freakish clientele.” We also know that Jen and Sylv have cast fellow Canadian Katharine Isabelle (Ginger Snaps) as their Mary — a most excellent choice indeed. 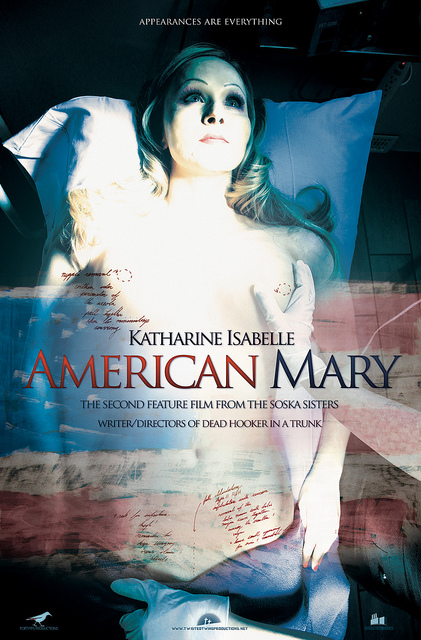 This article was posted in Updates & Teasers! and tagged American Mary, CJ Wallis, Dead Hooker in a Trunk, Ginger Snaps, Jen and Sylvia Soska, Katharine Isabelle, Paula Lindberg, Slammed & Damned, Theron Neel. Bookmark the permalink. Follow comments with the RSS feed for this post.Trackbacks are closed, but you can Post a Comment.