‘Pride and Prejudice and Zombies’ Has a Director…Again 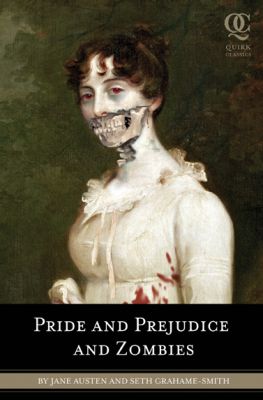 Just in from the “Here We Go Again” desk, Lionsgate’s planned adaptation of Seth Grahame-Smith’s Pride and Prejudice and Zombies has another new director. Craig Gillespie, director of the upcoming Fright Night remake, will now take the reins of Grahame-Smith’s mixture of the walking dead and Jane Austen’s classic novel.

Gillespie is this project’s third director…so far. As I wrote HERE, David O. Russell (Three Kings, The Fighter) was attached to the film before leaving and being replaced by Mike White (Year of the Dog). To me, both of these guys seemed like odd choices for the material and I guess they felt the same, because both departed for vastly different waters.

According to Lionsgate, Gillespie is now the captain most likely to bring this lost ship of a flick into port safely. The studio says Gillespie is “perfect for this movie” because he can combine “genre-bending horror and elegant character-driven comedy.” I suppose the “genre-bending horror” part of that equation is his new version of Fright Night. I’m guessing the “elegant character-driven comedy” part must be Gillespie’s well-liked debut, Lars and the Real Girl, because it sure ain’t his dreadfully unfunny second film, Mr. Woodcock. At least I hope it’s not.

As the intelligent reader will observe, this poor little film has been abandoned so often, it feels more like something out of Dickens than Austen. While we have yet to see Gillespie’s dip in the pond of horror reboots, maybe he really is the goodly benefactor Pride and Prejudice and Zombies has needed all along. Perhaps Gillespie can make like Magwitch and give this sad orphan what it needs to succeed. We shall see.

Hopefully, now that there’s a director in place, the next part of the ongoing serial that is The Making of Pride and Prejudice and Zombies will reveal an actual cast. Sit tight, confident in the knowledge Slammed & Damned will report again. I assure you that my only concern is for you, gentle reader.