Zombie(s), Soap Operas and Elephants — The career of Ken Foree 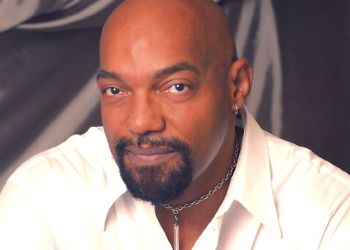 Contemporary film fans probably think they have veteran actor Ken Foree all figured out. And how could they not? Best known for his work in some of the premier modern horror movies, Foree is a fright film favorite who’s appeared in gory classics such as George Romero’s Dawn of the Dead, Stuart Gordon’s From Beyond and Rob Zombie’s The Devil’s Rejects. So when they hear Foree’s next role is in the film adaptation of Water for Elephants (opening April 22), the best-selling historical novel about a young man who runs off to join the circus, filmgoers can be forgiven for exclaiming, “Wha—?”

What most people don’t realize is that Foree has paid his dues and done a lot of work in areas other than horror. Foree’s first film was The Bingo Long Traveling All-Stars & Motor Kings, the 1976 sports comedy starring Billy Dee Williams, James Earl Jones and Richard Pryor. Next, he guest-starred on the ‘70s television classic Kojak. Then, Foree struck gold with his next project, 1978’s zombie-fest, Dawn of the Dead, a movie that didn’t make the struggling, young actor rich, but one that definitely came to define him.

It’s interesting to note that those first three genre-hopping roles — a comedy, a cop show and a horror flick — pretty much set the template for Foree’s career to this day. Over the years, as he has carved out a niche as a character actor, Foree has shown up in projects as diverse as T.J. Hooker, Splatter Disco, Dallas, The Tracy Ullman Show, Kenan & Kel, Babylon 5, General Hospital, The Haunted World of El Superbeasto and, now, Water for Elephants.

In the film version of Sara Gruen’s Depression-era romance, Foree co-stars alongside Twilight star Robert Pattinson and Oscar winners Reese Witherspoon and Christoph Waltz. Water for Elephants tells the story of a Jacob, a young veterinary student who becomes part of a romantic triangle while working for the Benzini Brothers Most Spectacular Show on Earth, a low-rent traveling circus. Foree plays Earl, the lovable circus security guard who befriends Pattinson’s Jacob. It’s a nice little character turn in a career distinguished by its diversity.

During the last few years, Foree has stretched, adding writing and producing to his skill set. So, if you think you have Ken Foree all figured out, think again. There’s a good chance that whatever he does next will surprise you — but, hey, it will probably surprise Foree as well. To quote the man himself, “I am just a working actor, although I do believe in fate.”

This article was posted in Other Awesome Stuff and tagged Christoph Waltz, Dawn of the Dead, From Beyond, horror, Ken Foree, Other Awesome Stuff, Reese Witherspoon, Rob Zombie, Slammed & Damned, Theron Neel, Twilight, Water for Elephants. Bookmark the permalink. Follow comments with the RSS feed for this post.Trackbacks are closed, but you can Post a Comment.