Rise or Fall of the Planet of the Apes? 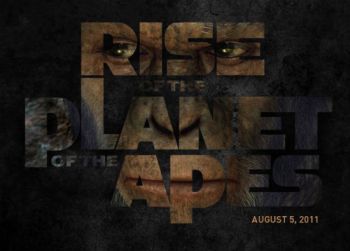 Today, Slammed & Damned brings you the first official trailer for Rise of the Planet of the Apes, the upcoming reboot of the much-loved Planet of the Apes franchise. This new look at a world in which apes become a force to be reckoned with was directed by Rupert Wyatt and written by Rick Jaffa and Amanda Silver. Though it was “suggested” by Pierre Boulle’s 1963 sci-fi novel, La Planète des singes, based on the trailer it doesn’t appear the filmmakers took the suggestion to heart.

Rise of the Planet of the Apes stars James Franco as a scientist doing genetic research on monkeys. One chimp in particular, the foreshadowingly named Caesar, is a bit of an overachiever and, well, we all know what happens next. Teach a monkey to fish, he’ll always eat; teach a monkey to talk, your basic human rights will soon be stripped as you become chattel of your ape overlords.

If any previously rebooted film franchise needed yet another reboot, it’s the Apes franchise (yes, I know, Superman too). The original film, made in 1968 and starring Charlton Heston, was an instant classic whose innovative makeup effects and timely civil rights subtext made it a commercial juggernaut, launching four sequels of varying quality, a decent television series, comic books and a marketing blitz that is common now, but was rather revolutionary at the time. After a while, the Apes frenzy died down, replaced by the frenzy surrounding ‘70s blockbusters such as Jaws and Star Wars. Then, in 2001, Tim Burton came along and decided to destroy restart the series. 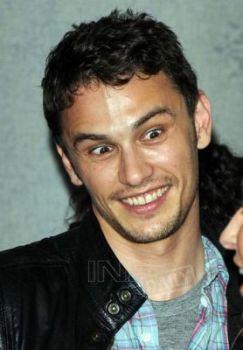 I don’t know what Burton was thinking when he made his wretched Planet of the Apes. He was coming off Sleepy Hollow, one of his stronger films, and maybe that was the problem. Perhaps Sleepy Hollow was too much in his wheelhouse. Perhaps he wanted to stretch himself. Perhaps he was just bored and grabbed something that reminded him of his youth. That must be it — Planet of the Apes was Tim Burton’s midlife crisis! It happened and now it’s best just to forget the whole sad affair. I know that’s my take on it.

Now, along comes Rupert Wyatt with this new take on the Apes saga. He and the screenwriters have stripped away the time travel/science fiction elements and seem to have made the flick a slick medical thriller with Frankensteinian overtones. Good times. Adding to those good times is James Franco, one of the most debated stars of the day. Is he a serious artist or a merry prankster whose whole career is one big conceptual inside joke? I dunno. I vary between loving and hating whoever he is. But, here, he takes his squinty-eyed, stoner-smile persona — his very Franco-osity — most recently seen in the much hated Your Highness and molds it into a serious role. At least I think it’s serious. You never know with this guy. He’s all over the map. Next, he’s scheduled to play Oz in Sam Raimi’s Oz: The Great and Powerful. To which I can only say: of course he is.

This article was posted in Updates & Teasers! and tagged Amanda Silver, Charlton Heston, James Franco, Pierre Boulle, Planet of the Apes, Rick Jaffa, Rise of the Planet of the Apes, Rupert Wyatt, Science Fiction, Slammed & Damned, Sleepy Hollow, Theron Neel, Tim Burton, Updates & Teasers. Bookmark the permalink. Follow comments with the RSS feed for this post.Trackbacks are closed, but you can Post a Comment.