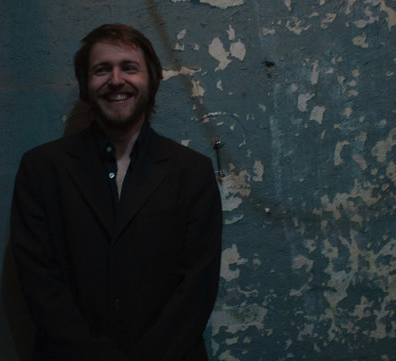 Some people are just so talented that it really isn’t fair. CJ Wallis is one of those people. You probably haven’t heard of him, but Wallis is an enormously gifted director, actor, cinematographer, producer, editor, writer and musician. And to top it all off, I have it on good authority from a certain female FanGirlTastic staffer that he’s cute too. Totally not fair.

I first became of aware of Wallis when I saw Jen and Sylvia Soska’s Dead Hooker in a Trunk. As the character called Goody Two-Shoes, Wallis has a starring role in the Twisted Twins’ exploitation sensation, but he also shot and edited the flick, composed the score and worked on the effects team. It could be said that while the Soska sisters built the Dead Hooker car, Wallis was clearly the motor that made it run as well as it does.

As a good-looking, one-man entertainment machine, you’d think Wallis must have wanted to be a performer since childhood. But believe it or not, show biz wasn’t his first career choice. No, Wallis harbored dreams of ice.

Growing up in small-town Canada, Wallis’ childhood was all about hockey. During a recent conversation, the garrulous polymath recalled his rough and tumble first love. “Hockey in Canada is the great equalizer. Peace is achieved in our country by a mutual love of watching people beating the hell from one another.” 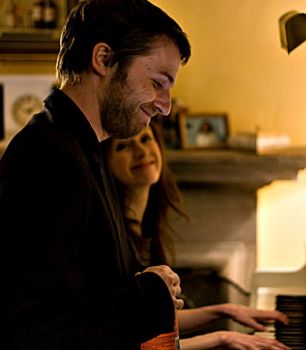 When not tending goal for his team, Wallis and his dad spent hours playing an improvised game called Minis, which was “essentially a basement hockey equivalent of Pong,” Wallis recalls. “The room was fairly small and the ‘puck’ was often some unnecessarily overactive bouncy ball, which made for a very fast, challenging and competitive game.”

But even as Wallis was developing his shooting skills, he was discovering another obsession. “Being competitive sorts, heated debates would often escalate. So, I grabbed the family video camera and created ‘the Net Cam.’ All debates were quickly erased by reviewing the footage frame by frame instantly,” he says. “I started to notice more and more than I was becoming obsessed with where the camera should be put to better capture everything happening in the room . . . and suddenly my hockey marriage had an adulterous filmmaking mistress.”

The affair soon became so serious that Wallis had to make a choice once and for all. “The day I quit hockey for good was actually the day I was finally selected as the starting goaltender for a professional Junior A team [one step away from the NHL] after working literally every day since I could stand on skates to get that job.” And though he eventually chose film, hockey remains near and dear to him. “I have a hockey script that is more Dancer in the Dark than D2: Mighty Ducks,” he says, “that I think will be really surprising for people to see.”

Wallis spent his high school years shooting local television programming and learning the basics of filmmaking by working on director Scott Smith’s award-winning feature debut, Rollercoaster. Soon, Wallis was putting his knowledge to practical use by teaching film at a local college. This is where fate jumped in and he met Jen and Sylvia Soska, who soon became collaborators as well as close friends.

Wallis is “stupidly talented,” says Sylvia Soska. “CJ was a teacher at the college we went to film school for. I remember another instructor telling me that I have to check out this talented new teacher’s short film, Circumference. So, they popped it up on the computer with [CJ] and a small crowd. It was awesome. We became friends after that since we would run into each other at the school,” she recalls. “A few days before we started shooting Hooker, [the actress playing] Goody Two-Shoes dropped out. We tried to find a replacement, but with some of the content seeming too insane and the fact that we were paying for it out of our pockets, no replacement was found.”

Wallis picks up the story, saying, “Sylvia approached me, both of our lips stained dark red from the finest box wine the school had to offer, and asked me to play the role of Goody Two-Shoes, which was originally written for a girl . . . I was, privately, very conscious of the fact that the [Soska twins] were venturing into a type of filmmaking for the first time as directors that I had literally existed in for the last decade before making Circumference,” he says. “I offered my thoughts if asked and eventually it came to be that I ended up becoming the co-camera operator and doing all the post production and marketing stuff, which has now evolved into the three of us working in similar fashions on all their projects along the way since.”

Sylvia concurs. “During filming, he looked over the footage and started saying how he would cut things, and he cut them fucking brilliantly, then he picked up the camera for the scenes that didn’t have Goody and then all the post production. He gave such a life to [Dead Hooker in a Trunk]. He even wrote and performs much of the music in the film.”

It’s obvious Wallis truly loves collaboration, which leads me to wonder what he gets out of teaming with others. I mean, the guys can do it all himself, so why bother with outsiders? “Early on, it used to take me ages to come up with an initial jumping-off point for the things I wanted to make,” he tells me. “When it is someone else’s project and they invite you to collaborate or whatever else, the material or that initial spark is already there and you are presented with completed ideas already, so the embellishments or alternate suggestions can come very quickly.” 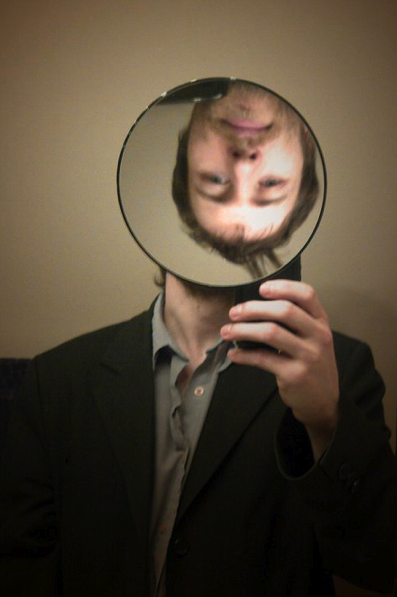 Another attraction to working on other people’s projects is the chance to do what he loves without all the hassles that come with helming a film. “The semi-discouraging thing about being a director, that may or may not be obvious, is that you really only get to exist within your job a few days a year and often those days in between can be spirit-shattering and bleak depending on what side of the bed you woke up on.”

While Wallis might find directing sometimes grueling, you wouldn’t know it from watching his work. Shot in only nine days, Last Flowers, the poetic 2009 short film he wrote and directed, is a moving dramatic piece so beautifully realized that master filmmaker Paul Thomas Anderson (Boogie Nights, There Will Be Blood) was moved to remark, “That’s a fucking hill you climbed . . . you know you can work fast and you made a great short.”

Because he’s so gifted, when movie making starts to take its toll, Wallis can always switch gears and focus on music. “When I write a song for whatever project, I get to sit down with headphones on and write a song and that’s that. It immediately has its own personality and an emotion that can affect someone one way or another instantly,” he says.

“[Songwriting] is rewarding in a totally different way than film, where you sit and write a script for weeks, then — depending on how far you are willing to take it — spend the next year or two trying to convince 45 different people that your 120 pages are better and more deserving of their millions [of dollars] than the next guy’s,” Wallis muses. “Then trying to get “names” so people will be more inclined to pay attention, and on and on all along the way. It’s a battle not a lot of people actually end up winning.” 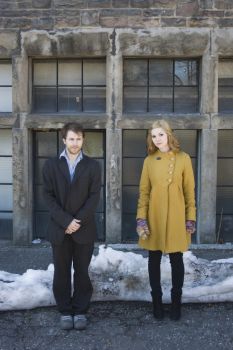 Aside from Wallis’ projects with the Soska sisters, all his work is produced under the umbrella of FortyFPS Productions, an entity that’s part production company and part digital portfolio. Wallis laughs as he says, “FortyFPS is just the name I chose ages ago so I could speak and promote online in third person. I don’t even really remember where the name FortyFPS came from. I remember seeing Paul Thomas Anderson’s script for Boogie Nights in high school, and he always noted where he wanted slow motion in the script and at what specific frame rate. ‘Amber Waves reaches out and touches Dirk’s face (40FPS).’ And I always remembered liking how that sounded, so I’m sure that mixed in somehow.”

It seems Wallis’ lifetime obsession with film has paid off. Television, music, film. Screenwriting, editing, direction, composition. He has toiled in almost every sector of the entertainment industry, and he’s learned a lot. “I sort of think I screwed up a little along the way. I spent a lot of time in the early parts of my career repeatedly slamming my head against the wall trying to turn my first script into some big Paul Thomas Anderson-like productions that I thought I had to have to become a legitimate filmmaker, ignoring everything in me during that time telling me to make my own Dead Hooker-like production so I’d have something substantial to show for myself,” he admits. 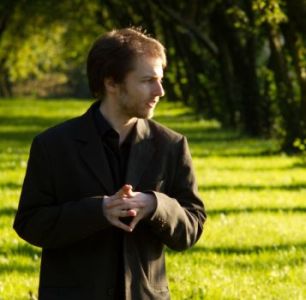 Now, Wallis is eager to make up for past missteps and implement some of his hard-earned knowledge. “As much as you want to make personal projects, the obvious reality of everything is it’s a business and, if you want to keep making them, you need to be conscious during each step that you’re not up your ass too much, a lesson I think that sunk in for me fully after Last Flowers and seeing how much fun it could be to slip in my influences and tastes into something traditionally considered genre-based like a Dead Hooker in a Trunk,” he says. “Something the Coens, Tarantino and Soderbergh figured out a long time ago. The [Soskas] and I have been passively trying to coin the phrase Grind Arthouse.”

That’s a perfect description of his work with the Twisted Twins. And that work continues with their next collaboration, American Mary, which is in preproduction now, with Wallis handling all the usual chores. After that wraps, he’s looking at producing a feature of his own. In fact, Wallis is now in development on Frank Flood, a cool little project that’s already drawing interest from A-list talent.

A dark comedy and “epic free-for-all set in the inaugural days of infomercials,” Frank Flood “follows the shadowy evolution of entrepreneur Frank Flood from a carnivorous small business-owner into celebrity mogul of late-night advertising.” When asked to elaborate on the project, Wallis says, “It was written keeping all [I’ve learned] in mind . . . and will feel like the artsy, independent things I obsessed over and I’m still very much drawn to.”

So, Wallis is not just exceptionally talented and versatile, he’s also incredibly determined to produce his art, no matter the chosen medium. During a recent chat, Jen Soska told me, “CJ is an incredibly gifted filmmaker and composer. He’s great to bounce ideas off and will never sugarcoat his opinion. He tells it like it is.”

She concludes, “[CJ is] amazingly driven, and we’re very lucky to be able to work with him. And we work together on pretty much anything we do now. Life doesn’t give you many happy endings like that.”

To get a better of idea of why the abilities possessed by CJ Wallis are “totally not fair,” check out the clips embedded below, then go to the FortyFPS website to see some more of his wonderful work.