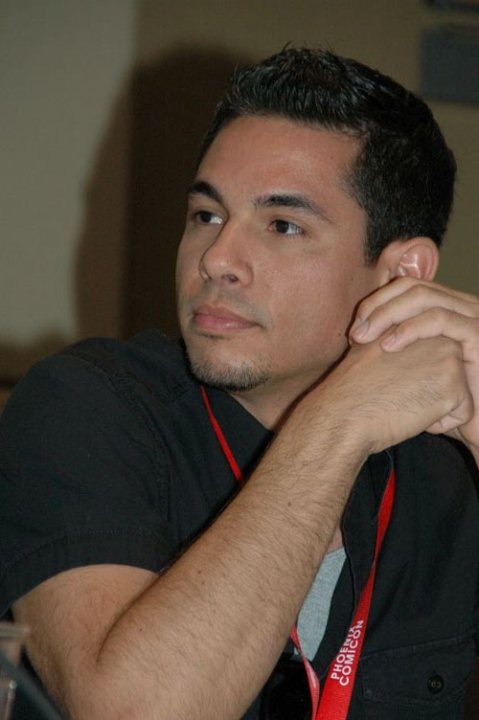 Horror filmmaker Sean Tretta has become pretty good at problem-solving. On small, independent flicks like The Death Factory Bloodletting, Tretta had to deal with the usual issues that plague a low-budget shoot. But his new movie, The Frankenstein Syndrome, is his largest production to date. And with a bigger budget comes a whole new set of problems. “What surprised me is that no matter how much money you have, you always wish you had more.”

“I had far more money for Frankenstein Syndrome than I had on all my other films combined, but it was still hard work,” Tretta says. “Bigger productions mean more people and more issues. Obviously, the goal of any film, regardless of the budget, is to stretch each dollar as far as you can. People are shocked when I tell them what the budget of our film is — shocked that we did it for as little as we did.”

The Frankenstein Syndrome is a clever update of Shelley’s classic tale, mixing the author’s original theological themes with contemporary issues in a fresh way. When I spoke with Tretta recently, he told me, “I’ve always had a fondness for the basis of Shelley’s story, and I liked the challenge of trying to put a new face on it.” But Tretta knew he shouldn’t stray too far.

“The thematic elements were most important to me when writing the script, and there were a lot of theological ideas in it from the start. To me, that’s what the story of Frankenstein is really about,” Tretta explains. “It’s not just about a monster; it’s about the creation of something that gets out of your hands. It’s about blind ambition vs. responsibility and opening Pandora’s Box without knowing the horrors inside. My goal was to take the elements of Shelley’s book and present them in a modern way and show the audience how the lessons of Frankenstein are still there for us to learn today.”

Based on his recent work and the way he expresses himself, it’s obvious that Tretta is an intelligent filmmaker, able to convey complex ideas clearly and with ease. But let’s not forget he isn’t all intellect. The man can go to the grindhouse as well, and as hard core, as anyone working today.

“My first film, The Great American Snuff Film, was made specifically to be shocking,” Tretta says. “That’s a film that is intended to make you feel gross. But I made it before the wave of torture-films that came out after it, so that type of film seems so played out now. My second, Death of a Ghost Hunter, shares a similar tone with The Frankenstein Syndrome. After Ghost Hunter, I did a film called The Death Factory Bloodletting, which is pure grindhouse schlock.

“So far, the pattern seems to be: shocking, serious, shocking, serious. If I stick to that pattern, my next film will be a bloodbath. However, the tone of The Frankenstein Syndrome and Death of a Ghost Hunter are closer to my heart than the shocking stuff. I like smart horror flicks and I hope I can contribute more in the future. From a filmmaking standpoint, I find new challenges exciting — each film should be more complex than the one before it,” Tretta says.

“There’s a huge difference between shooting a film with local people vs. shooting a union film in Arizona, which is where we shot [The Frankenstein Syndrome]. It took a little adjusting on the first few days, but I loved working with a bigger crew. You can really see everyone’s hard work on screen.”

Of course, bigger budgets usually mean less freedom for the director. “I made The Death Factory Bloodletting for $7,000. When it was done, some producers in L.A. saw it and asked me what I would do if I were given more money to work with,” Tretta says.

That must have caused some tension. When their money is at stake and they’re not getting their way, nervous producers are notorious for wanting to butt in and redirect the director. But Tretta fared pretty well in that regard. 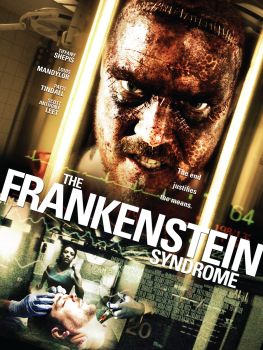 “When [the producers] saw what I was doing with it, they got concerned. It was a tough shoot because there was a lot of second-guessing involved with what I was doing,” Tretta explains. “I was also used to shooting a film myself, with my own money, and with minimal crew. I tried to storyboard every scene and shot only what I knew I needed because there wasn’t time for anything else. My producers were looking at the footage on a daily basis and wondering exactly how it was supposed to all fit together. They were expecting grindhouse-style footage and what we were giving them was more realistic and dramatic.

“We fought our battles here and there, but ultimately, we look at the film now and are very proud of it. I’m grateful that the producers gave me that opportunity to do it. Regardless of the struggle, I got to make the movie I set out to make. To my producers’ credit, it probably drove them a little crazy to hear me say, ‘I want to make a modern version of Frankenstein (which is probably the quintessential monster story) but it’s not a monster movie.’”

One would imagine this might make a director long for low budgets and more control again. Tretta understands that thinking, but he didn’t linger on it. “It was stressful. Certainly, if it were a smaller production, the level of stress and responsibility would be less. However, I remember on the third or fourth day of shooting, it suddenly dawned on me as I was looking at my crew setting up a shot that I was making a real movie,” Tretta says.

“I realized that I was doing something that I had wanted to do since I was 6 years old and that really put things in perspective for me. From that point on, I tried to take the obstacles in stride. One of the key lines in our film is, ‘The end justifies the means.’ It became an important mantra on set . . . I shot all my previous films myself, but with Frankenstein, we hired Eve M. Cohen as our [director of photography]. It was hard at first to relinquish the control of actually having the camera in my hands, but Eve did a phenomenal job and the film looks beautiful.”

Tretta may have given up bit of control to make The Frankenstein Syndrome, but he gained something much more important: a life partner. 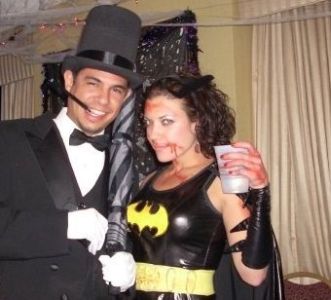 Before casting her in his film, Tretta had talked with B-movie goddess Tiffany Shepis once on the phone, but he’d never met the actress. “Prior to working with [Shepis], I had this impression of her being a sexy, flirty, man-eater who would chew me up and spit me out — so I cautiously kept my distance,” Tretta says.

“Our working relationship was strictly business; however, what little I got to know of her showed her to not only be flirty and dangerously sexy, but also extremely intelligent, personable and a joy to be around. Not to mention her being absolutely phenomenal in the film.” [Editor’s note: She really is.]

So, when did this romance actually start? “Months after we wrapped, I was invited out with a group of our cast and crew for food and drinks, and Tiff was there,” Tretta says. “She and I got to talking and I quickly realized that she was the most amazing woman I had ever met. I’ve been ridiculously in love with her ever since. We’re both very proud that our romantic relationship didn’t start on set.”

This new relationship sounds like a fantastic gift to horror film fans. Think about it. One of horror’s best actresses forever teamed with one of the genre’s top young filmmakers — that is a package producers should find hard to resist. Surely the happy couple has plans to work together again.

“We have a script I wrote called Wood, Glass, and Bone that we’re trying to get off the ground,” Tretta tells me. “Tiff will produce that with me. However, we’re very focused on our family life, so if something comes along that works for the family as a whole, we’ll be down to do it. Regardless, we talk openly about projects, so there’s bound to be involvement one way or another.”

Though he’s always thinking about the next film, at the moment Tretta is holding off to see how his new baby is embraced by audiences. “The Frankenstein Syndrome was a big leap ahead in terms of production size for me, so I’m anxiously awaiting its response,” Tretta says. 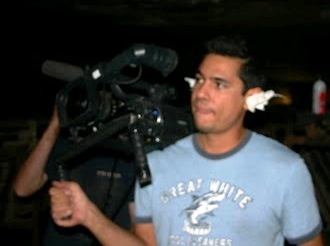 “I cut Frankenstein Syndrome myself and did most of the post work myself too. Now that it’s done, I feel the itch to write more. I’ve written all the films I have directed, and I pride myself on writing more than anything. But I prefer to do one thing at a time.”

When asked about any dream projects, Tretta becomes excited, looking more fan than filmmaker.“Jaws 5!” he exclaims. “Seriously, Jaws is my favorite movie and I would love nothing more than to make a Jaws film!”

But that’s not all. Tretta would also like to try his hand at a new medium. “I also love long formats like mini-series and cable shows. I’d love to take a massive novel and adapt it to a long format for HBO or Showtime,” he says. “As a fan, I’m really anxious to see what they’re going to do with Stephen King’s Dark Tower series. I would love the chance to be entrusted with the undertaking of a revered piece of work like that.”

With The Frankenstein Syndrome, Sean Tretta has already proven his ability to ingeniously breathe new life into a revered genre story. If he were to get his wish and be given the chance to adapt another, even bigger-budget classic, I’m sure the end result would be smart, clever and respectful — much like the filmmaker himself. You know what they say: The film doesn’t fall far from the tree.