Mary Lambert—The Secret Is Not a Secret 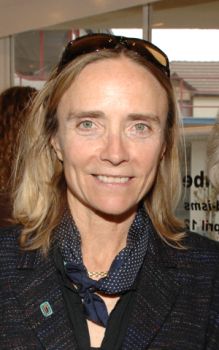 In a career that has spanned almost 35 years, filmmaker Mary Lambert has seen a lot and learned even more. She’s encountered monsters of all shapes and sizes, from Mötley Crüe to Stephen King. But even she had never encountered something the likes of her latest film, Mega Python vs. Gatoroid, a wonderful little creature feature created for the Syfy cable network by infamous B-movie production house The Asylum.

When I spoke to Lambert recently, she said, “Every day on the set was like being pushed out of an airplane with a World War II parachute into hostile territory. At the end of every day, we were just glad to be alive, even though we knew as survivors that we were just going to be pushed out of the airplane again tomorrow. Nothing surprises me anymore.”

The hard work definitely paid off. Of the many low-budget gems foisted upon an unsuspecting, yet grateful public by The Asylum, Mega Python vs. Gatoroid is quite possibly the best, and Lambert deserves a large part of the credit. She knows something about making a good movie with few resources.

“The secret to any good movie is not a secret,” she said. “The actors make the movie. A low-budget movie has less time to film, so it’s hard. The director doesn’t have as much time with the actors, but I always try to prioritize performance and make time for little mini-rehearsals and keep reminding everyone that the actors are the heart of the movie.”

While those sentiments might seem somewhat precious in connection with a movie concerning giant snakes and steroid-addled alligators, she’s absolutely correct. The monstrosities might grab your attention, but they’re not why the movie works. 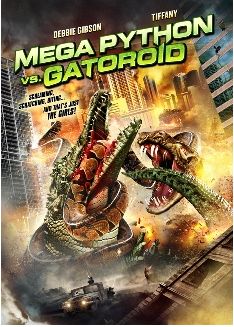 At its heart, Mega Python vs. Gatoroid is the story of two strong women (played by ‘80s teen idols Tiffany and Debbie Gibson) who are at odds, fighting for conflicting ideals. But by the third act, they are forced to put their differences aside and band together to achieve a common goal. As Lambert puts it, “If the audience doesn’t connect with the characters, then they can’t connect with the heart of the movie.” But don’t worry. If you don’t care about all those icky feelings, you can relax. There are plenty of mega-monsters on hand to enjoy.

The film’s producers seem to have gone all out with this project. I won’t say they spared no expense, but I have to admit there are many more digital effects in Mega Python vs. Gatoroid than in the typical Asylum flick. “Very few people have [worked with so much CGI in one film],” Lambert told me. “It was crazy.”

This project might seem unusual, but Lambert has had an extremely eclectic career. She blazed onto the scene in the 1980s, toiling in the then new field of music video. Her work for everyone from The Go-Go’s to Mick Jagger fed the hungry beast that was MTV, while helping develop a new film grammar and influencing popular culture in more ways than one. It’s often forgotten now, but the career of a quirky, unknown pop singer named Madonna was launched in large part by the visual flair Lambert displayed in pioneering videos such as “Borderline,” “Like a Virgin” and “Material Girl.”

Lambert made the jump to features with the controversial 1987 film Siesta. She followed that with the classic fright film Pet Sematary, still one of the best adaptations of a Stephen King novel. Though horror became her unofficial métier, the years following found Lambert working all over the map, exploring several different styles and producing everything from documentaries to webseries. 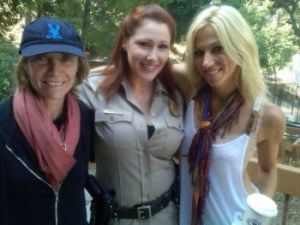 You would think all that experience would come in handy on a movie presenting as many challenges as Mega Python vs. Gatoroid. But you’d be wrong. “I guess I had to forget everything I ever knew in order to direct this crazy movie,” Lambert said. “When I would get discouraged, I would try to look at [the] production like a big first-person shooter video game. I would just try to keep killing zombies and that was fun.”

Though Lambert has enjoyed a career offering versatility and consistent work, there have been a few regrets. “Dream projects have eluded me in this life,” she said. “I desperately wanted to direct Interview with the Vampire and likewise the first Harry Potter movie. I also have a drawer full of scripts with ‘mary lambert/dream project’ stamped on the front of them.”

It’s true that opportunities have been missed, but she does have a few cool things planned. “My biggest dream right now is to direct a film version of my webseries that I did for Fearnet.com, The Dark Path Chronicles,” said Lambert. “I think the time may be right for that one. [Also] I’m going to do a vampire movie with Elizabeth Hurley this summer, so watch out for that.” 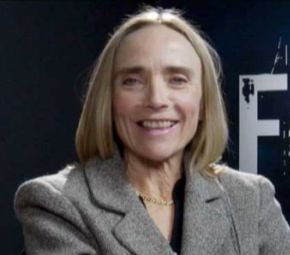 Lambert began her career during a time of tumult in Hollywood. In the early ‘80s, tastes were changing, as was the industry. Many of the young auteurs who had taken control of the film world in the ‘70s were burning out, releasing expensive films to disastrous result. Suddenly, a new wave of filmmakers appeared, many of them women. Strong female directors such as Lambert, Kathryn Bigelow and Amy Heckerling exploded in a big way, seemingly with a promise of forever breaking Hollywood’s glass ceiling. But then, the dream sputtered.

When posed with the inevitable question about the death of the dream and current opportunities for female filmmakers, Lambert was candid. “Being a woman in the film industry has been very tough and it’s still tough. Look at the most recent statistics; they are appalling. There’s no second wave for women to ride.”

Lambert continued, “Is that an excuse for not doing good work? No. Look at Kathryn Bigelow and Penelope Spheeris and Martha Coolidge and Betty Thomas and Valerie Faris and Tamara Davis and Jane Cameron and Jamie Babbitt and Lisa Cholodenko and Patricia Cardoso, and the list goes on.”

Of course, modestly precluded her from mentioning one very deserving name — Mary Lambert.