Pride and Prejudice and Zombies, but No Director 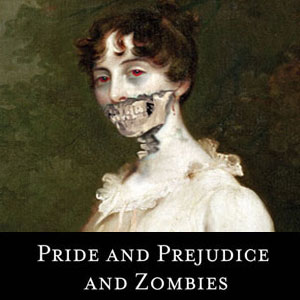 With the loss of its second director and still no leads in place, trouble continues to plague Lionsgate’s Pride Prejudice and Zombies, the film adaptation of Seth Grahame-Smith’s mash-up of Jane Austen’s classic 1813 novel and the walking dead. I must say, it’s as if the movie is — dum dum dum — cursed.

Back in October, the film’s original director, “Dangerous” David O. Russell, left the project to work on a Vince Vaughn flick (make your own “he left a zombie flick for another zombie’s flick?” jokes here). But this is typical Russell behavior, so no one gave it a second thought. In fact, all were surprised it didn’t happen sooner. Then, a couple of days later, star and executive producer Natalie Portman left the project as well, though she remains a producer still. This, of course, left Lionsgate hustling to keep the film alive (which is kind of ironic considering, well, it’s right there in the title, folks).

Then, good readers, when it seemed all hope was forever lost, director Mike White swooped in, like Mr. Darcy on horseback, to save the project the loss of its goodly name. But it seems White is no Darcy, for he has now tossed aside the project like an empty sack of grain, with even emptier excuses. Whatever shall poor Lionsgate do? Whither shall it turn?

For now, the flick continues to lurch forward like the zombies it embraces, ever searching for someone to take the helm and wrest it from its cursed fate: that Hollywood purgatory forever known as — dum dum dum — Development Hell.

This article was posted in Other Awesome Stuff and tagged David O. Russell, Jane Austen, Lionsgate, Mike White, Natalie Portman, Other Awesome Stuff, Pride and Prejudice and Zombies, Seth Grahame-Smith, Slammed & Damned, Theron Neel. Bookmark the permalink. Follow comments with the RSS feed for this post.Trackbacks are closed, but you can Post a Comment.