American Mary Is Live (So to Speak) 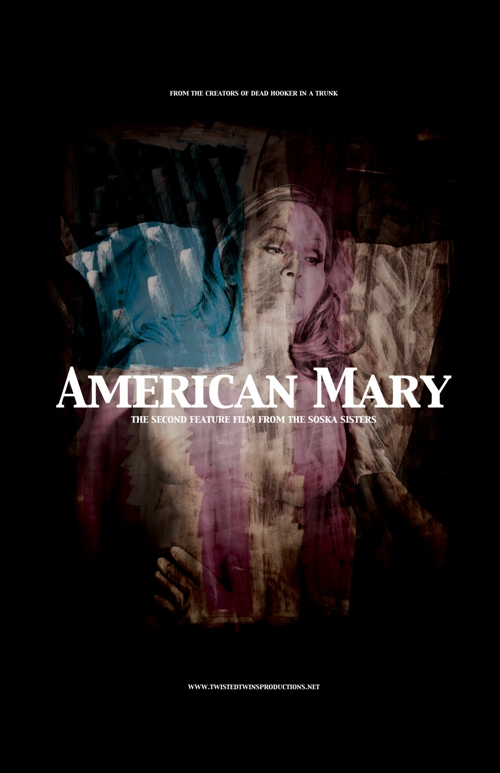 Slammed & Damned is proud to present the teaser trailer for American Mary, the upcoming film from those twisted twins, Jen and Sylvia Soska.

The Soskas blazed onto the scene earlier this year with an impressive string of short films and their debut feature, Dead Hooker in a Trunk, which has floored film fest audiences around the world and is set to finally hit DVD in a few months.

The sisters aren’t yet talking about the specifics of American Mary‘s plot, preferring to let the trailer speak for itself, which is quite smart—though a tad frustrating since the teaser is only 51 seconds long. But it’s an intriguing 51 seconds, all dark shadows and moody atmospherics. The story seems to involve a rather cutting young woman who might describe herself as an alternative artist, one who produces creations of dark beauty, writ on a living canvas. Or not. It’s all speculation at this point, but the trailer embedded below has definitely piqued my interest.

American Mary is currently in pre-production and, if all goes well, will begin filming this spring and wrap up in the summer. I’ve talked with Jen and Sylv about their next flick and they’ve promised to provide me with lots of “exclusive goodies for Mary as we get into her deeper.” So please make sure to check back over the next few months for all things Soska. You should also head over to the ladies’ website and YouTube channel to get a better idea of what horrors they’re capable of.

So, now, without any further ado, I am extremely excited to present the following eerie early look at American Mary, the next perverse production from these captivating Canadians.

This article was posted in Updates & Teasers! and tagged American Mary, Dead Hooker in a Trunk, horrors, Jen and Sylvia Soska, Slammed & Damned, teaser trailer, Theron Neel, Twisted Twins, Updates & Teasers. Bookmark the permalink. Follow comments with the RSS feed for this post.Trackbacks are closed, but you can Post a Comment.