For Your Halloween Viewing Pleasure 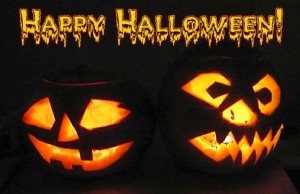 Happy Halloween! I know it’s a bit of a drag to have Halloween fall on a Sunday, but I hope you manage to enjoy it anyway. I’m sure you probably partied hard last night, as well you should’ve. And now you’re slumped over on the couch, unable to put a lot of effort into figuring out what to watch on television all day as you slowly recover from last evening’s revels. Allow me to assist you.

Perhaps you’d like something a little lighter and less demanding? Then check out the Hallmark Channel (I know, but trust me). At 6:00 a.m., Hallmark is running the little-seen 1967 Rankin-Bass animated feature Mad Monster Party?, featuring the vocal stylings Boris Karloff and Phyllis Diller. Yes, it’s like the Rudolph the Red-Nosed Reindeer Christmas special, but with monsters! Then, Hallmark will run a 10-hour marathon of The Munsters, followed by nine hours of The Addams Family. You can just sit there and fade in and out to Herman, Lily, Gomez and Morticia—no muss, no fuss.

If you have little ones running around, the Disney Channel has an all-day marathon of Halloween programming, consisting of kid-friendly spooky movies and shows. Also, the Cartoon Network has a whole day of scary fun. Put it on Disney or CN and fall asleep on the couch while your children enjoy.

The Discovery Channel is showing a bunch of episodes of A Haunting, one of the many paranormal reality shows on the air these days. Likewise, Animal Planet is running a full day of The Haunted, featuring chilling true tales of animals and their owners—seriously. 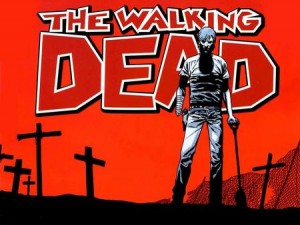 WGN is also running an all-day Munsters marathon, hosted by Alice Cooper. And AMC is going with a marathon of the Halloween movies (I, II, III, IV and V) beginning at 8:00 a.m., followed by From Dusk Till Dawn and the very good Dawn of the Dead remake. But the big news is the premiere episode of The Walking Dead, the new zombie television series from Frank Darabont, based on the comic book by Robert Kirkman.

And, of course, Syfy has a full day of Ghost Hunters, ending in a live six-hour special called Ghost Hunters Halloween Live, where the TAPS crew will brave the supposedly very haunted Buffalo Central Terminal, hosted Josh Gates of Destination Truth and Allison Scagliotti of Warehouse 13.

So there you have it. Several different varieties of horror programming for your Halloween viewing pleasure: comedy, reality, scary movies of all vintage, cartoons, animation and even live action based on comic books. Something for everyone—just like Halloween!