Back to Basics—Universal Studios, home of the depraved

After my previous post, I realized that before we dive into the horrors created for us by Universal, I really should set the stage and provide a little background information on the studio itself. So, if you’re here looking for a piece on Dracula, fear not. It will rise from the depths in a couple of days. Until then, let’s go back to basics and take a look at where it all began.

Before there was Universal Studios, there was Carl Laemmle. Laemmle was born in 1867 and emigrated with his family from Germany to the United States in 1884. Soon after he arrived, Laemmle became entranced with a wondrous new technology and art form: moving pictures. At that time, nickelodeons were all the rage, and Laemmle was so mesmerized by motion pictures that he soon left behind his bookkeeping career to get into the movie biz. He began by opening The White Front Theatre in Chicago in February 1906, which eventually led to a thriving chain of Laemmle-owned nickelodeons dubbed the Laemmle Film Service. In an attempt to avoid the bullying grip of the Motion Picture Patents Company (MPPC), an organization that regulated East Coast film distribution, Laemmle formed his own production company, the Independent Motion Picture Company (IMP), in 1909. It is through IMP that Laemmle anticipated his future career as a fright monger by producing one of the first films of the horror genre, a 1913 silent version of Dr. Jekyll and Mr. Hyde. 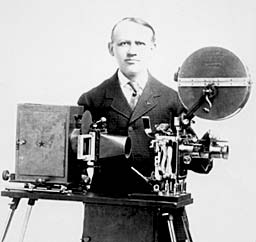 In a further effort to escape the grasp of the monopolistic MPPC, Laemmle moved his operations as far west as possible, where Southern California already had a flourishing film industry. In June 1912, after settling in Los Angeles, Laemmle merged his organization with a group of smaller production companies and formed the Universal Film Manufacturing Company. A couple of years later, Laemmle bought a 230-acre ranch in the San Fernando Valley that became the largest movie-making facility in the world, known as Universal City Studios.

The first successful horror film from Universal wasn’t a horror film per se. The Hunchback of Notre Dame, based on the Victor Hugo novel, starred Lon Chaney as Quasimodo, the disfigured bell-ringer whose life is given purpose by his love for a beautiful gypsy girl. The movie was a smash upon its release in 1923 and made a huge star of Chaney, who did all his own makeup and most of his stunts. Chaney and Laemmle weren’t as lucky with their next film. The Phantom of the Opera (1925) wasn’t as successful as The Hunchback of Notre Dame, but it gave Chaney his most iconic character, at least visually. His appearance as the Phantom was among the most disturbing make-ups devised at the time and is still one of the most effective and recognizable. Unfortunately, the production on The Phantom of the Opera was somewhat troubled and Laemmle replaced director Rupert Julian with Edward Sedgwick, who reshot large portions of the film. After undergoing extensive editing, the movie was finally released to modest acclaim. 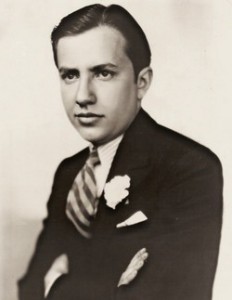 Eventually, Laemmle was joined in the movie business by his son Julius, who soon made the peculiarly transparent move of changing his name to Carl Laemmle Jr. Carl Junior became head of production for Universal in 1929, and while it was generally agreed that he wasn’t very good at his job, Junior redeemed himself in his father’s eyes and forever earned his place in movie history for one reason: He was the man responsible for steering Universal toward the horror genre in a big way.

Inspired by the large grosses earned from Tod Browning’s Dracula, Junior began to focus on producing as many horror flicks as possible. Frankenstein, The Mummy, Murders in the Rue Morgue, The Old Dark House and The Invisible Man followed in short order. Universal continued to focus on horror for the next few years, and while these films did very well, they weren’t enough to keep the studio from hitting hard times. By 1936, following a series of flops and bad investments, Carl Laemmle Sr. lost control of Universal, retired and was quickly followed out the door by Junior. The new owners put in place a paradigm called The New Universal and ceased the production of horror altogether. But when a rerelease of a Dracula/Frankenstein double bill reaped huge rewards, the new administration decided horror wasn’t such a bad idea after all. 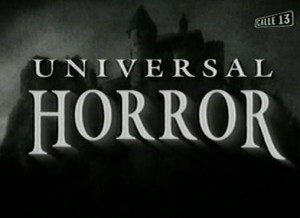 What followed was Universal’s second cycle of horror movies, most notable for producing The Wolf Man in 1941, starring Lon Chaney Jr., the son of Universal’s first horror star (a whole other article could be written on the irony and symbolic significance of this occurrence). While this second cycle of films did quite well at the box office, most of the movies made during this period were cheap sequels that cashed in on the old Universal’s achievements. In the 1950s, Universal entered its third horror cycle and found success with sci-fi creature features, the best of which was The Creature From the Black Lagoon.

The monster movies made by Universal Studios laid the foundation for all modern horror films. Many of the genre’s fundamental archetypes were born in these flicks—the mad scientist, the creeping fog, the dilapidated mansion covered in cobwebs and filled with terrors, the torch-bearing mob of villagers. Scary movies couldn’t exist without these dark tropes or the plots they served. And without actors such as Boris Karloff, Lon Chaney, Béla Lugosi, John Carradine and Dwight Frye—or the Universal films in which they appeared—the contemporary horror landscape wouldn’t exist as we know it. A through line can easily be traced from Frankenstein’s monster to Michael Myers. If you love Freddie and Jason, do yourself a favor and check out the Phantom and the Mummy. They might be in black and white, but they still do what they’re supposed to do: provide a chill and a smile.

For more information on all things Universal, check out Universal Studios Monsters: A Legacy of Horror by Michael Mallory, a fantastic book that is serving as an invaluable resource for this series of pieces. I’ll be back in a couple of days with the next installment of Slammed & Damned’s Back to Basics series, in which we’ll take a look at Dracula, the 1931 Universal Studios film that made a star of a certain distinguished Hungarian actor of exceedingly bad habits and even worse luck.

This article was posted in Other Awesome Stuff and tagged Back to Basics, Bela Lugosi, Boris Karloff, Carl Laemmle, Carl Laemmle Jr., Dr. Jekyll and Mr. Hyde, Dracula, Dwight Frye, Frankenstein, John Carradine, Lon Chaney, Lon Chaney Jr., Michael Mallory, Michael Myers, Murders in the Rue Morgue, Other Awesome Stuff, Slammed & Damned, The Ballad of Dwight Frye, The Creature From the Black Lagoon, The Hunchback of Notre Dame, The Invisible Man, the Mummy, The Old Dark House, The Phantom of the Opera, The Wolf Man, Theron Neel, Universal Studios, Universal Studios Monsters: A Legacy of Horror. Bookmark the permalink. Follow comments with the RSS feed for this post.Trackbacks are closed, but you can Post a Comment.