Angela Bettis—Queen of the independent scene 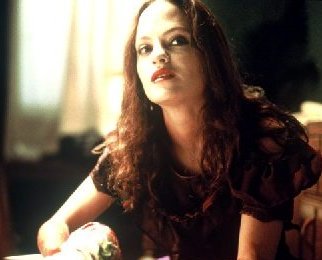 Angela Bettis is one of the most interesting actresses on the scene today, and I bet most of you don’t even know who she is. It’s okay. I doubt it would hurt her feelings. Bettis hasn’t exactly crafted a career that guarantees tabloid coverage or paparazzi abuse. On her journey, there have been stops and starts, hits and misses. But that doesn’t appear to bother Bettis. She has set herself apart from those concerns. Much like her best-known movies, she’s independent. She has acted onstage and onscreen next to some of the biggest names in the industry; she’s directed and produced; she’s even worked as an editor as well as a music supervisor. Bettis seems to make her own destiny, with any formal notion of a career taking a backseat to whatever she’s interested in. But it didn’t necessarily start out that way.

Bettis’ life as an actress began rather exceptionally. Her screen debut, at age 18, was a lead in legendary director Franco Zeffirelli’s film Sparrow. After that, like any good thespian, she studied her craft, attending The American Musical and Dramatic Academy in New York. Following graduation, she did the “struggling actress” thing and appeared on television shows like Touched by an Angel and the Fox Network sci-fi show Sliders. But she also nabbed a starring role in an independent flick called The Last Best Sunday, directed by Don “Ralph Malph” Most, where she worked with vets such as Kim Darby and Craig Wasson. Then, unexpectedly, her career started to take off. 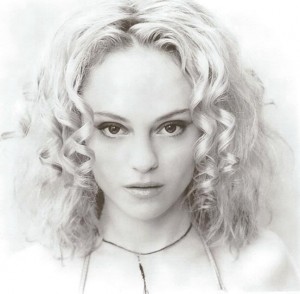 Her first big break came when she was cast alongside Winona Ryder and Angelina Jolie in the fairly successful Girl, Interrupted. Cast as one of the flick’s many mental patients, Bettis was good but didn’t really get the chance to stand out. She then moved from interpreting insanity to her first brush with horror proper. In 2000’s God Bless the Child, Bettis had only a small, yet pivotal, role opposite Kim Basinger, Rufus Sewell and Christina Ricci, but she was arguably the most interesting thing about this pedestrian satanic potboiler.

From this point on, her choices started becoming more eclectic. Bettis continued playing disaffected outsiders and damaged women but, for the most part, it was the end of her association with large, studio-based films. I can’t say for sure, but I like to think that, in her flirtations with big-time movie-making, she realized that to create in the manner she wanted, she needed to go underground and embrace the then-flourishing independent scene. 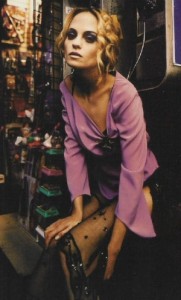 And embrace the independent scene she did. Bettis’ next career milestone was the role she’s probably still best known for. In May, Lucky McKee’s 2002 flick about a broken young woman who would kill to have a true friend, Bettis received the role of a lifetime and she ran with it. Her portrayal of May Dove Canady is a tour de force performance, allowing Bettis to go from a shy, gamine waif to a throaty, self-assured femme who leaves a trail of blood-spattered body parts in her wake. The flick also allowed her to find her equal in McKee, with whom she shares a particular artistic affinity and sensibility. The two have collaborated a couple of times times since—McKee directed her in “Sick Girl,” a wonderful episode of Showtime’s Masters of Horror series, and in 2006 Bettis displayed a singular vision when she directed McKee in Roman, a small, eccentric flick written by McKee. And lately, there have been rumors of an upcoming collaboration on a project inspired by the work of horror author Jack Ketchum.

Bettis followed May’s high point with a television remake of Stephen King’s Carrie. Taking on an iconic role like this was a brave move on her part and, granted, it seems like perfect casting. The oddball Carrie White is right in her wheelhouse, and Bettis played the part well. But, on the whole, the production was rather tepid and Bettis’ portrayal was lost in the project’s overall mediocrity. Similar things can be said about her work on Tobe Hooper’s Toolbox Murders, a re-imagining of the classic ‘70s slasher flick.

Bettis has continued working her way through several independent projects, with filmmakers in whom she believes. But she has worked on stage as well, sharpening her skills opposite actors such as Al Pacino and Liam Neeson. Bettis even won the esteemed Garland and Drama-Logue awards for her work in celebrated playwright Tom Stoppard’s high-concept comedy Arcadia.

While Bettis has been embraced by the horror community, she’s appeared in a variety of projects, spanning many genres. Her next project is Amber Benson’s upcoming weirdo workplace sci-fi comedy, Drones. Bettis also works frequently with her husband, Kevin Ford, through their production company, Mo-Freek. Her willingness to follow a restless muse and lend her talent to people with a dream is inspiring. When you combine that with her unlikely beauty, obvious intelligence, intriguing choices and lack of interest in the showbiz status quo, it’s easy to see why Angela Bettis is queen of the independent scene. But don’t bother telling her so. She’s busy doing something she cares about.